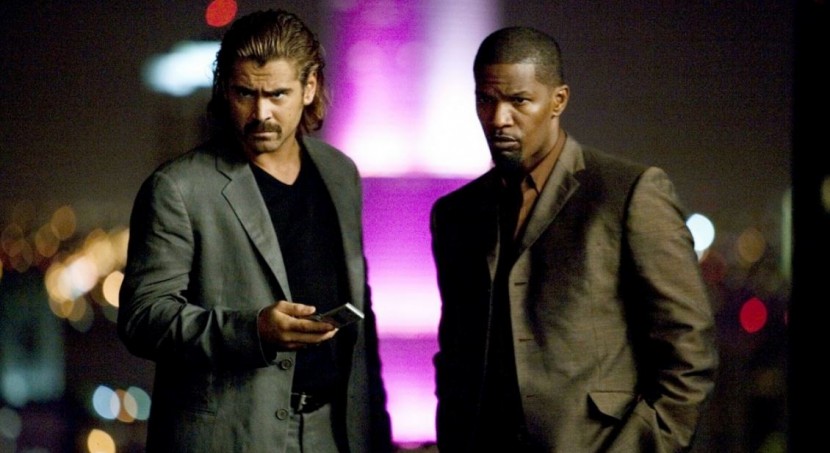 When the FBI loses two undercover agents in a drug bust, they suspect a mole. So the only way to catch the drug barons is to use agents not known to the traitors.

Slowly, they use their contacts to worm their way deeper and deeper into the drugs world, until they’re trusted to carry large sums of drugs into the US, with a view to catching the king pins in the act.

But when middle-man José (John Ortiz) suspects that something isn’t quite right, he sets a trap that leads Crocket and Tubbs fighting for the lives of the women they love.

Well – that’s basically it – the story’s rather complex and messy really. From the initial concept of two vice cops being completely unknown to the leading drug dealers (OK, so they’re totally, like, the best undercover cops ever) to the convenience of the right women falling for the right men at the right moment, it never really rings true. The twists, turns and deceptions seem contrived.

This is a film for people who like things that move quickly – fast boats, faster cars, even faster planes – and of course bullets – lots of bullets.

Mann’s oft-discussed scenes – the shoot-out in Heat – is replicated here, with a gun battle between the feds and the drug bosses – it’s almost as if the same bullet-ridden sound-track has been pulled out of the cupboard, eleven years later. But it can’t match the original, seeming rather tired by comparison.

This hardboiled thriller takes itself very seriously – perhaps too seriously – and with so much of the action taking place in the Latin-American haunts of the drug bosses, we don’t feel like we get to know Miami any better than we get to know Crocket and Tubbs – either as individuals, or as the famed partnership.

In fact, they get so little screentime together, as they galavant around the western hemisphere with their womenfolk.

There’s no doubt that this is a spectacular film, which will appeal to the action-hungry testosterone-filled young male audiences, but there’s little plot worth concentrating on, and the characters and the chemistry between them lack what a film needs to lift it into the realms of the intelligent character-driven thriller that Mann himself visited with the likes of Heat, Manhunter of even Collateral.