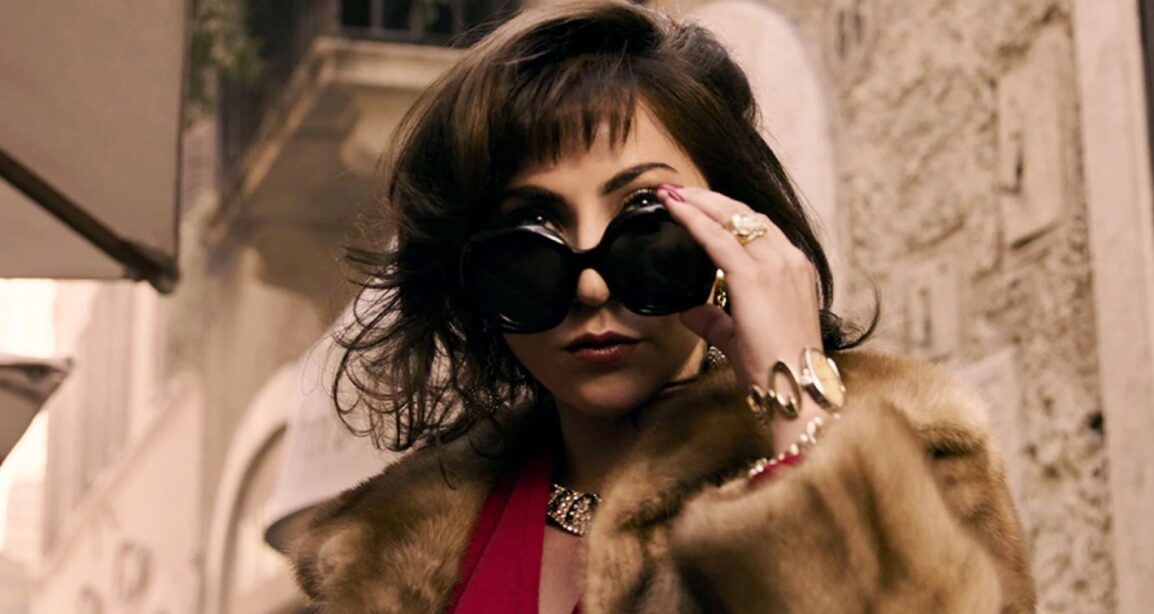 In 1970s Milan, where Patrizia Reggiani (Lady Gaga) works for her father’s haulage firm, she meets an awkward-looking young man (Adam Driver) at a party and when she hears that his name is Maurizio Gucci, she falls instantly in love.

But seeing Patrizia as being well below the status of his son, Maurizio’s father Rodolfo (Jeremy Irons), one of the patriarchs of the Italian fashion giant that bears their name, cuts him off.

Patrizia stands by Maurizio, as he pursues a career of his own in law, but at his uncle Aldo’s (Al Pacino) birthday party, she finds a new way back into the family fold, and soon, she and her husband are tantalisingly close to the top of the tree. But that’s still not enough for her.

She continues to plot to help Maurizio make it right to the top, and whoever gets hurt along the way is expendable in her scheming. But when Maurizio finds himself in charge, he starts to question his wife’s ambition and grows increasingly cold towards her.

He moves on – but she doesn’t. And she doesn’t accept him moving on. If she can’t have him, no-one else should.

Think Dallas. Think Dynasty. Think 1980s soap opera. Love, lust, greed, infidelity, plotting and scheming, betrayal and murder – the real-life story of how Patrizia joined the Gucci family and unwittingly destroyed it from the inside has it all.

Lady Gaga excels as the Lady Macbeth figure at the heart of this drama with Adam Driver more than holding his own, skilfully playing both the lovelorn nebbish at the start and the ruthless fashion boss as his story thunders to an early end. It’s almost perverse that he’s the moral centre of this film.

A handful of the supporting characters are also worthy of note, as Al Pacino chews the scenery delightfully in a role he was born to play – with Jared Leto, unrecognisable as Aldo’s son Paolo – the pot-bellied, balding loser who has no idea how untalented – and hated – he is.

Watching the characters battle for power – in the higher echelons of Italian society – gives a sense of a mafia-type firm, but it’s largely wicked words about fashion designs rather than the violence you’d get in an epic gangster drama. And some of its gravitas is damaged by hearing American actors speaking English in Italian accents.

Sir Ridley Scott has based his biopic on a book, which sets him on a collision course with the surviving family members, which doesn’t necessarily mean it’s economical with the truth – when this is your story, you can imagine that you might not want the world knowing about it.

But fascinating and frightening as it is to watch the House of Gucci crumble like a house of cards, there’s a plodding to the plotting which makes it feel oddly lacking in drama. And the moment when Maurizio switches from doting husband to doubting megalomaniac doesn’t quite feel convincing.

It’s far funnier than you might expect for such a film – partly because of the way it – understandably – pushes the perverse and partly because it gives some of the more eccentric characters a little more screen-time than perhaps they need to tell the story.

It’s excessive on many levels – but in a film about a fashion dynasty, that’s not necessarily a bad thing – and while the thumping 1980s soundtrack might seem a little over the top, it contributes to an authentic presentation of the era.

But there is perhaps a little too much of everything; with a running time approaching three hours, it takes longer than it should to get to the point – and then, when it gets there, it’s almost skimmed over, with the denouement presented through a handful of captions, as the closing credits begin to roll.