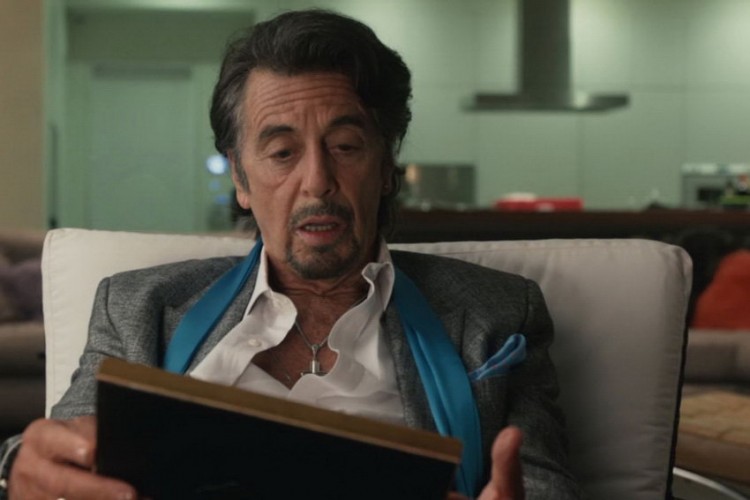 He’s becoming increasingly disenchanted with his life – not the unimaginable wealth and gorgeous young fiancee, but the frustration that comes from his lack of creativity.

On his birthday, his manager Frank (Christopher Plummer) gives him a gift he acquired for him some time earlier – a letter, written to him by John Lennon, after he’d read an interview with him at the start of his career. At the bottom of the letter was Lennon’s phone number, and an invitation to call. The letter had been sent to Danny, care-of the interviewer – and never passed on to him.

To the frustration of his manager, who’s booked him several lucrative gigs, Danny quits the tour and heads east to mend the mistakes of his past – and build himself a new future.

An opening caption – “Kind of based on a true story – a little bit” – raises the question of whose life this is based on and when the answer comes, in the closing credits, you understand why the opening caption was qualified not once (kind of) but twice (a little bit) – in reality, the tardy recipient of John Lennon’s missive was a little known folk singer, rather than the McCartney-style megastar this film delivers. But the caption at least warns viewers not to take the provenance of the film too seriously – although this does make you wonder why it’s needed at all.

Al Pacino sits comfortably in the skin of Danny Collins – perhaps too comfortably – but he is presumably every bit as familiar with the trappings of success as the character he plays. But he also effectively portrays the frustration that gives way to a newfound freedom to search for what he really wants from life.

While Pacino is very watchable – as are most of the characters he meets on his odyssey – much of the fiction built around the skeleton of truth feels like film-writing by numbers: we have a long-lost son with abandonment issues (Bobby Cannavale) and his pregnant wife (Jennifer Garner), there’s the much younger girlfriend who’s just in it for the money, a charming but dismissive hotel manager, who can’t believe such a huge star has checked in and warms to him, against her better judgment (Annette Bening), we have a best friend torn between his personal and professional relationship with our protagonist (Christopher Plummer), there’s the alcohol addiction and the all-important epiphany, we have the big moment where our protagonist has the chance to play a new song for the first time in decades and then, when the story appears to be heading for the buffers, it’s resurrected by a fortuitous life-threatening disease.

There’s plenty of warmth and humour – although it treads dangerously close to mawkish sentimentality at times and there’s far too much corny cliche.

Danny Collins is no John Lennon – the handful of his songs that we hear are flimsy compared with the Lennon music the producers have been allowed to use – and the film itself is the musical equivalent of listening to a catchy chorus, over and over again, without any kind of substantial verse to give meaning or gravitas to an otherwise perfectly pleasant experience.