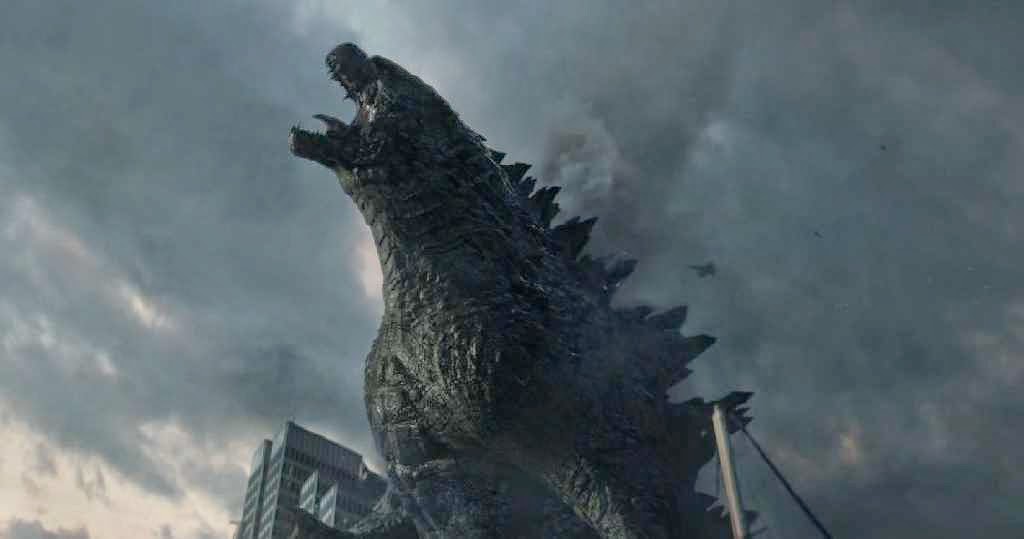 Fifteen years after Japan-based scientist Joe (Bryan Cranston) sees his wife Sandra (Juliet Binoche) melted by an explosion in an underground nuclear facility, their son, Ford (Aaron Taylor-Johnson), is working as a bomb disposal expert for the US Navy.

Ford is called back to Japan when Joe is arrested, trying to break into the compound where he used to live, which has been in lockdown ever since the nuclear blast. Joe believes the government is hiding something there and persuades Ford to help him get back to his childhood home.

It turns out that the nuclear blast brought to life a breeding pair of giant insect-like creatures, intent on finding somewhere to lay their eggs, not caring one jot whether they destroy entire cities in their efforts.

Also awakened is a similarly gargantuan, dinosaur like beast, Godzilla, more familiar to Dr Serizawa (Ken Watanabe), the Japanese scientist who knows a little more about what’s going on than the authorities.

When it becomes clear that the behemoths are making their way towards San Francisco, the American navy’s Admiral Stenz (David Strathairn) decides to try to lure them out to sea and blow them up with a nuclear bomb. But Dr Serizawa is worried that a nuclear explosion could destroy the city, while doing little more than feed the monsters, which thrive on nuclear material.

Ford manages to hitch a lift to the centre of the action – conveniently, exactly where you could do with a bomb disposal expert at such a time of crisis – but in truth, there’s little that puny humans, with nuclear weapons that serve as food to these giants, can do to protect the planet.

Happily for humanity, Godzilla and the giant insect-like beasts are deadly natural enemies, so mankind has to put its fate in the paws – and jaws – of Godzilla.

If you were wondering what the director of the low-budget British alien phenomenon Monsters could do with a budget, look no further. For a director whose no-budget debut feature boasted monsters created on his laptop in his home-office to end up with £100 million of studio money to make his second film is the stuff of Hollywood legend, and Gareth Edwards second time at the help lives up to expectations.

With somewhat more cash to spend on special effects, Edwards is able to be imaginative and reverential to the original in equal measure, as he portrays the destruction of San Francisco, as the city is used as the deadly venue for a battle of biggest monsters ever to grace the earth.

Efforts to add a human story and fill out the characters are less successful – and somewhat pointless; you go to see a film called Godzilla to watch enormous beasts destroy sky-scrapers with a flick of the tail – not to study the origins of the beasts, unravel a political cover-up or follow the bomb disposal expert whose heroic efforts don’t really make much difference to the outcome of the battle between the giants.

The action scenes – whether destructive fights or American paratroops raining from the sky – are skilfully handled and justify the price of a cinema ticket, but efficient as Aaron Taylor-Johnson and Bryan Cranston are, the audiences – and in truth the director – are more interested in the battle of the beasts and the destruction of American infrastructure than they are in the little people running around at their feet.