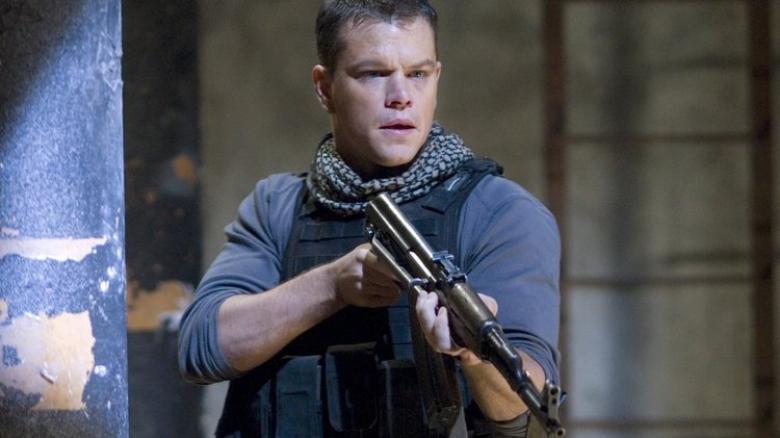 Chief Warrant Officer Roy Miller (Matt Damon) leads a team of American soldiers in Baghdad in the run-up to the invasion that ousted Saddam Hussein.

His job is to target the locations pinpointed by US intelligence as possible hiding places for Saddam’s weapons of mass destruction.

Miller becomes increasingly confused – and perturbed – when location after location turns up empty. But the intelligence was meant to be sound, right?

He soon comes to the conclusion that the powers that be have already decided that they want to go to war, so they can’t afford for the intelligence to be wrong. And they certainly can’t afford to let the public find out.

In a fiction, our hero would uncover a huge scandal and succeed in preventing the war – but this is one part of history that no film can massage.

Some argue that there never were any WMD and our leaders lied to take us to war. But many of those are the same people who’d previously argued “Of course he’s got weapons of mass destruction – we sold them to him!”
Then there are those who claim that Saddam Hussein managed to stall for time long enough to smuggle the evidence out of the country.

Taking its guidance from the non-fiction book by Rajiv Chandrasekaran – a former head of the Washington Post’s Baghdad bureau – this film walks a more cautious line, somewhere in the grey area between the black and white, although it’s closer to the first view. That said, the suggestion here is that the lying was most likely done by the intelligence gatherers rather than the politicians – the agents told politicians what they wanted to hear – what they needed to hear. The way its arguments are presented, they appear to be convincing – or at the very least plausible.

The hypothesis is that the initial intelligence did indeed suggest that Saddam was pursuing a threatening weapons programme – but when the leads were followed up and the motives of the sources were shown to be less than reliable, the theories crumbled. But by this stage, an about-turn would have been political suicide and if the public could be persuaded that there could be no smoke without fire, the leaders might get away with following a political agenda in the long term. The public had to be persuaded. No dissenting voices could be heard.

Most people will have their own views about the true events that led to the war, and the extent to which viewers enjoy this experience will undoubtedly depend on the prejudices they have when entering the cinema.

Taking the frenetic style he’s developed in the later Bourne films and infusing it with the political edge he last brought us in United 93, Paul Greengrass presents a gripping wartime thriller which may well stand as a classic some decades hence, but so close to the real life events – and even as the very intelligence-gathering issues at its heart are back in the news with our Iraq Inquiry – like few other films, it will be mired in contemporaneous political prejudice.

Perhaps that makes it all the more powerful a piece of film-making, but there will always be people who won’t accept any view other than their own. For everyone else, in this film, the action is gripping, the political wrangling is tooth-grindingly frustrating and the inexorable march of fate will leave most people gasping for breath by the inevitable denouement.

Audiences haven’t been particularly drawn in by recent films about the latest Iraq War, but The Hurt Locker’s timely success at the Oscars, last week, could provide an added box office boost to this thriller, which will undoubtedly also be helped by Matt Damon’s growing presence as a convincing action lead, Greg Kinnear’s delightfully smarmy turn as an intelligence chief and the Greengrass’s consummate control of the camera.