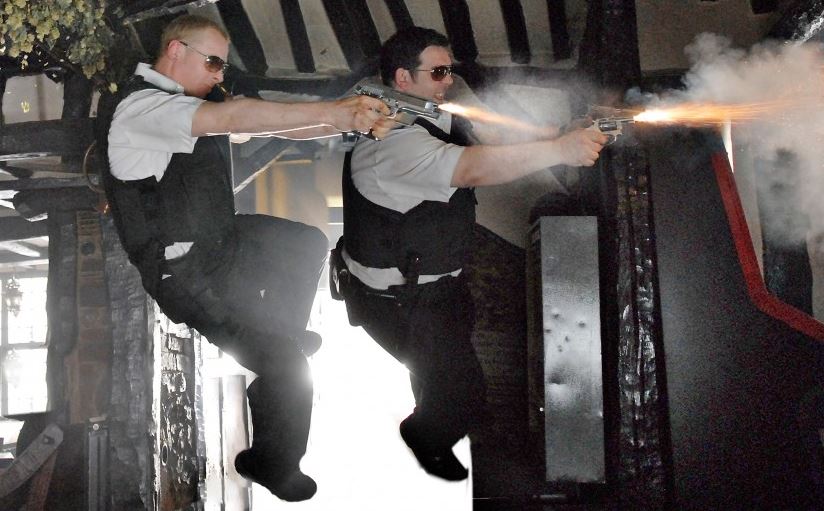 Sergeant Nicholas Angel (Simon Pegg) is the finest cop at The Met. His arrest record is 400% higher than any of the other officers.

Instead of being commended his superiors transfer him to the sleepy and crime free village of Sandford to stop him making his colleagues look bad.

There he is teamed up with the naïve and witless PC Danny Butterman (Nick Frost) who is a huge action movie buff. He has never seen any action but would like to and sees Angel as his best chance.

Angel does not take him seriously and gets ever more frustrated by his new partner and posting.

Then a series of grisly accidents rocks the village and Angel starts to believe that everything is not as it seems in Sandford.

This is Bad Boys II meets Midsomer Murders with a splash of The Avengers. It does for the mystery murder cop movie what Shaun of the Dead did for the zombie flick.

It gives the genre a lovely and unexpected twist. Co-written by Simon Pegg and Edgar Wright, who also directed it, this is a non stop pump action adrenaline fueled ride.

There is no let up.

It’s also funny from beginning to end and there are few comedy films you can say that about.

Real life friends Pegg and Frost again show what wonderful on screen chemistry they have. The film contains more cameo appearances than you can shake a stick at including two by Oscar winners. Blink and you miss a big a name. There are 56 speaking parts in all – a tall order but the film-makers get away with it and with style.

The film seems to lose a little steam towards the end but makes a great comeback with a finale worthy of any Hollywood action blockbuster (Desperado, Bad Boys II and Die Hard).

My fear was that this movie would come a very poor second to Shaun of the Dead but it tops it. It’s definitely Hot Fuzz.