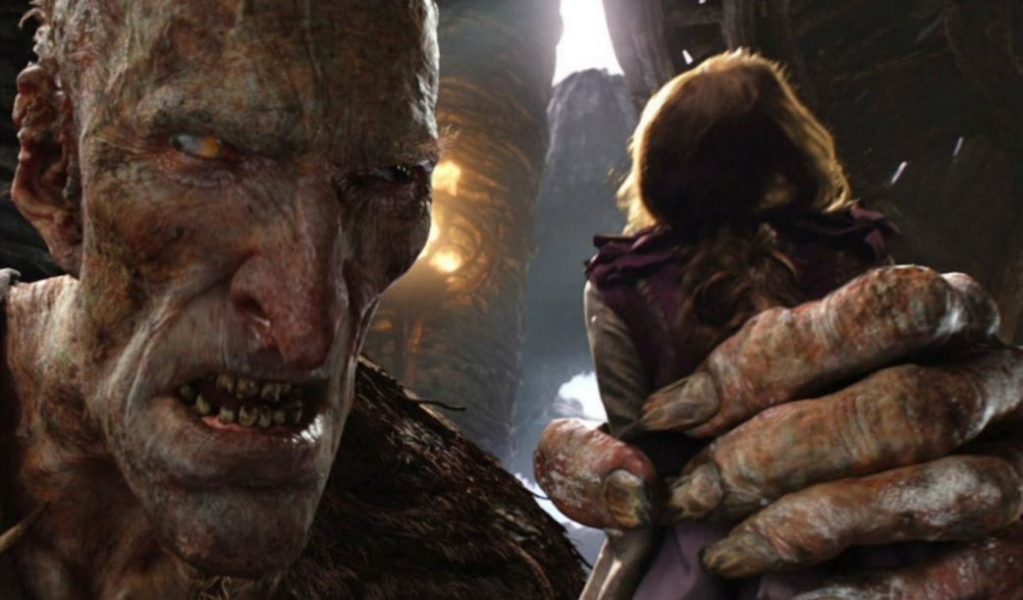 For centuries, parents have read their children the story of the heroic boy who protected his kingdom from a race of giants by cutting down the beanstalk that linked their world to his. Among those enchanted by this fairy-tale as children were the poverty-stricken farmhand Jack (Nicholas Hoult) and his kingdom’s princess Isabelle (Eleanor Tomlinson).

Jack has just failed to get a decent price or his uncle’s horse at market, returning only with a bag of beans. Isabelle has run away from the castle, to try to avoid marriage to her father’s slimey advisor Roderick (Stanley Tucci).

Running to hide in the forest, Isabelle ends up seeking refuge in Jack’s house, but when some rain moistens one of the beans, it explodes into a huge beanstalk, thrusting the house – and the princess – high up into the clouds, as Jack manages to jump to safety.

The king (Ian McShane) sends a posse including Roderick, the army chief Elmont (Ewan McGregor) and Jack to rescue Isabelle and bring her home safely, but the mission also involves stopping the giants from getting down the beanstalk and taking over his kingdom.

To complicate matters, the conniving Roderick, as it turns out, has different plans.

The advertising slogan in the US was “If you think you know the story, you don’t know Jack.” Neat, but not entirely true. If you know the story of Jack and the Beanstalk, that’s pretty much what you’re going to get. But that’s not a problem at all. You don’t give Harry Potter a miss because you’ve read the books – if anything, it’s the opposite.

With a neatly structured opening and a tight script, full of strong one-liners, the film zips along with a delightful attention to detail, with visual gags adding to the fun.

The story works and the performances tick all the right boxes, not least some impressive accents – Stanley Tucci and Ewan McGregor do a good English, while Bill Nighy goes the other way, voicing the Scottish accented general of the giants.

The film has a touch of the Princess Bride about it, although it’s less magical, less romantic and less entertaining.

But the effects-laden, rip-roaring action and adventure is exactly what the 12A audience requires. It’s tremendous fun.

Bryan Singer is a director who knows what he’s doing and reaches his target audience, but despite Jack the Giant Slayer’s undoubted cinematic success, it was perhaps a little overambitious to spend so much on the production of a film that’s perfect for the younger male teenaged audience but has less to offer others.

It was perhaps not worth the reputed $200 million budget, but it’s certainly worth the cost of a cinema ticket.