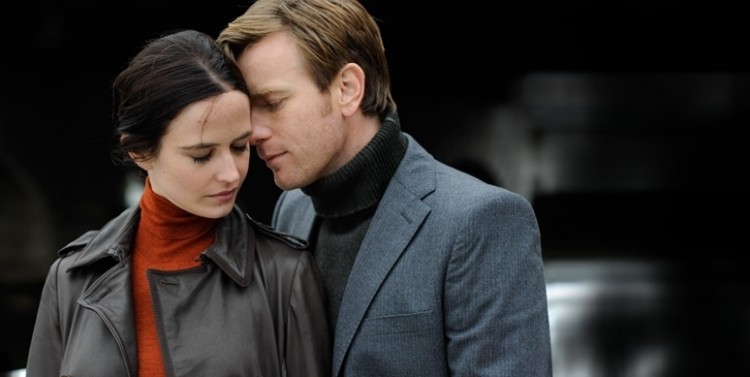 Michael (Ewan McGregor) is a womanising chef at a posh Glasgow restaurant.

Susan (Eva Green) is an epidemiologist at a Glasgow hospital, who happens to live across the alley at the back of Michael’s restaurant.

The pair meet and strike up what soon becomes more than a friendship at a time when the city – and the wider world – is coming down with a virus that’s spreading quickly, robbing anyone it touches of their senses – first, their smell and next their taste.

The restaurant manager initially can’t see the point of running a restaurant if no-one can smell or taste, but the world adapts – and when he gets a rave review from a critic who talks about how much he loves the temperature and texture of the food, it’s all back on.

But soon, more symptoms start presenting that wreak increasing havoc on the population, and with no sign of a cure or even a treatment, the authorities have no choice but to lock down the infected.

He follows up the freeform music festival romantic comedy You Instead with this much darker fare. The two releases mark him out as a versatile and interesting force in low-budget British cinema.

The basic concept of and presentation of Perfect Sense is as impressive as it is thought provoking – how to show a lack of smell and taste and how a restaurant can adapt to the situation, among other examples. It’s an effective, cinematic exploration of a world without senses.

But the further the plot tries to develop, the less consistent and coherent it becomes.

Early in the film, the possible progression of the virus is discussed and it’s suggested that taste and smell are both chemical senses, giving scientific plausibility to the theory behind the virus. But then, as is sign-posted by the title, when the other non-chemical senses are affected, the virus becomes more like a Hitchcockian maguffin – it’s a device through which the film-makers can layer menace on the population and show off their cinematic tricks, while throwing obstacles in the way of the love of our protagonists. And the progression of the virus is designed by the film-makers to develop in such a way that the senses disappear in the most dramatic way possible.

Taking it out of the realms of reality and thrusting it into fantasy then enables them to excuse themselves a whole raft of anomalies. It’s forgivable, if a little contrived, that Michael is a chef – a tremendously clever device for exploring the loss of taste and smell – and Susan an epidemiologist – studying, as they do, the spread of disease through populations. But, hang on, apart from an early scene featuring Susan sitting in on a colleague’s consultation with a patient, at no point does she look into the wider progression of the disease or work with fellow doctors to consider how to combat it.

But while this apparent omission seems rather odd in a narrative sense, it does feel quite refreshing that it’s not a race-against-time film about finding a cure before it’s too late, but more about how they cope with the consequences of the virus; this is to the medical movie as Anything for Her (adapted for an English-speaking audience as The Next Three Days) is to the crime movie – rather than following the typical tale of trying to prove someone’s innocence, it examines how its protagonists cope with the guilty verdict.

While many of the decisions – at the writing stage at least – are flawed, they make – ahem – Perfect Sense from the point of view of a cinematic narrative, adding a warm-hearted romantic element that is delivered by an attractive couple who display believable enough chemistry. Less believable is Eva Green’s peculiar accent – a failed attempt at English, by all accounts.

But rather than being a truly heavyweight, thought-provoking film that could have some bearing on a world that fears the spread of such a disease, it ventures a little too far from possible reality, becoming more of a lightweight fairytale.

It’ll be interesting to see Stephen Soderbergh’s take on similar subject matter in the upcoming Contagion.