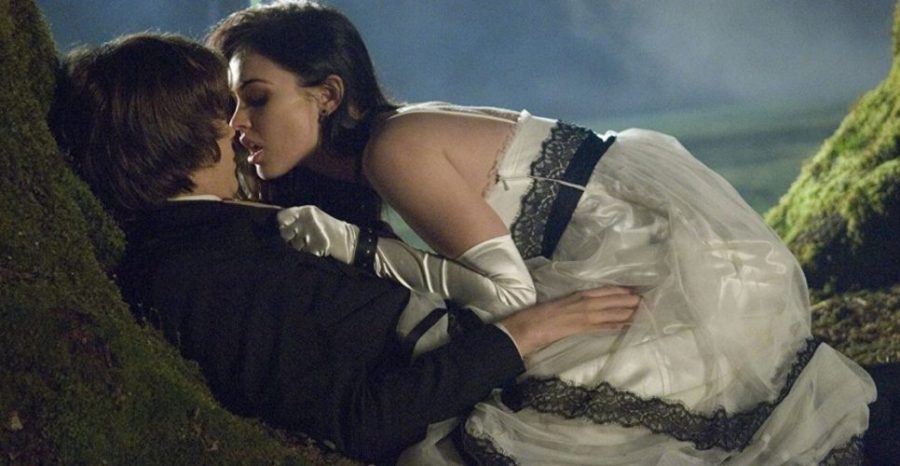 Jennifer (Megan Fox) is the head of the cheerleaders – the most beautiful, desired and envied girl in the school.

Her unlikely best friend, since they were toddlers, is the school’s four-eyed square Anita (Amanda Seyfried), known to friends and enemies alike as “Needy.” (It works better in an American accent!)

The girls go to the gig of an up-and-coming rock band at a local bar, where the lead singer chats Jennifer up. When she goes to get a drink, Needy tries to put him off Jennifer by telling him she’s a virgin.

Come the end of the night, Jennifer ends up in the back of band’s van, while Needy makes her own way home.

In a forest clearing that night, Jennifer’s expecting a bit of action with a bunch of hot guys, but instead, they pull out a knife. They plan to sacrifice a virgin to the devil, in exchange for a successful music career. But of course, she’s not really a virgin. Now, for those not familiar with Satanism, it turns out that since Jennifer isn’t actually virgin, the band still get their success, but instead of dying, her body is possessed by a demon.

Over the days ahead, Jennifer develops a ravenous appetite – for human flesh. Young men start dying in brutal ways and their blood-drained remains found scattered around the town. After a kill, Jennifer looks hotter than ever, but as she grows hungry, her hair becomes greasy, her skin dry and she generally feels low – until she can find her next meal.

When Needy works out what’s going on, she grows protective of her boyfriend Chip (Johnny Simmons), but he takes a lot of convincing.

But with the school prom around the corner, Needy will stop at nothing to make sure that Jennifer doesn’t get her claws into Chip.

This has been a particularly full Halloween period of horror, with zombies, vampires and demons coming out of our ears – with still more to come.

For now, we have Jennifer’s Body, a comedic, demonic chick-flick from Diablo (the clue is in her name) Cody, the sharp-penned Oscar-winning writer of Juno.

This time, it’s not the characters’ tongues that are razor-sharp, but their teeth.

The dialogue isn’t as sharp and the plot is more pedestrian, but it makes a change to see a darkly comic film about demonic possession set around two teenaged girls in the run-up to prom night.

In many ways, this is the typical high-school film, with the power-play between the uber-**** and her underling. There’s a strong dramatic streak as the balance of power transfers from Jennifer to the aptly named Needy, even as Jennifer is finding new powers of her own.

But while both girls deliver strong performances and there’s much juicy dark humour, once it’s clear where the film is going, there’s little that surprises.

The film is tremendous fun and it’s not without some of the gems you’d expect from Cody – such as a new teen lexicon that brings us extra salty wetties, and the like – but too many of the supporting characters fit traditional archetypes and the plot follows a predictable path, from no-one believing our heroine’s warnings to the mad dash across a muddy field to save her man.

The writer, director and two main characters are women and the men are mostly blank canvases that the plot just happens to, so it’s being billed as a feminist teen horror, but girl on girl action and women using their sexuality to draw in their male prey don’t seem like particularly forward-thinking developments in the genre.