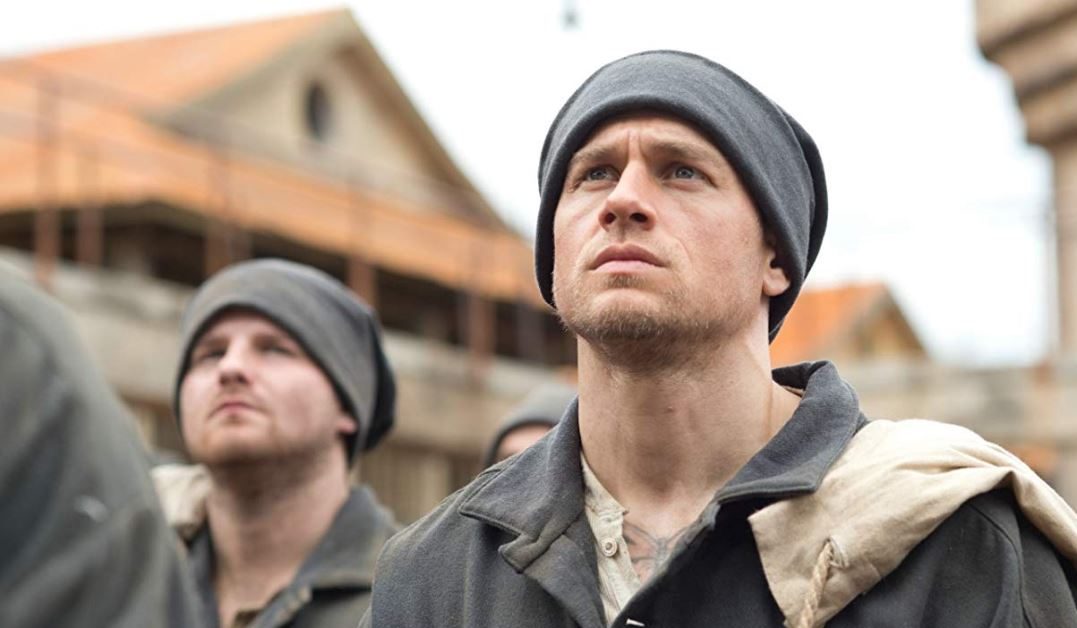 In 1930s Paris, small-time Henri Charrière (Charlie Hunnam), nicknamed Papillon because of his butterfly tattoo, is framed for the murder of a pimp and sent to a penal colony in French Guiana.

On the way, he meets a wealthy forger, Louis Dega (Rami Malek), and promises to protect him from other inmates if he agrees to fund his attempts to escape.

Papillon has his work cut out in a colony where the guards and wardens are only marginally less brutal and ruthless than their murderous charges.

As break-out after break-out fails, and results in longer and harsher punishment, the pair become separated and Dega begins to lose hope of ever tasting freedom again.

After five years in solidarity confinement, Papillon is reunited with Dega on the cliff-top Devil’s Island where he’s determined to have one last shot at freedom.

When Henri Charrière’s memoirs were first brought to the big screen in 1973, with Steve McQueen in the title role, it seemed like a remarkable tale of survival against the odds.

Since then, academics have concluded that many of the events in the tale were exaggerated, made-up entirely or attributed to other inmates. But whoever let the facts get in the way of a food story? Not director Michael Noer, anyway, who’s happy to follow Charrière’s lead and retell what seems to be more of a myth in line with his memoirs.

Charlie Hunnam’s brooding performance is a fitting reprisal of Steve McQueen’s Papillon, but – perhaps inevitably in a story involving France’s most notorious criminals and the only guards sadistic enough to keep them on the straight and narrow –  almost without exception, every member of the supporting cast form a gallery of grotesques.

And it’s terribly simplistic, with our small-time crook being the only beacon of honour in a sea of untrustworthy, selfish, thieving, murdering liars.

Not that you should be expecting a comedy, but there’s not a moment of light along the grim journey and the hero himself, while wronged, is never particularly likeable.

And even though history tells us that Papillon outlived the penal colony that ultimately failed to hold him, there’s little catharsis at the end, not least because even by his own admission, only about 75% of the story is true.