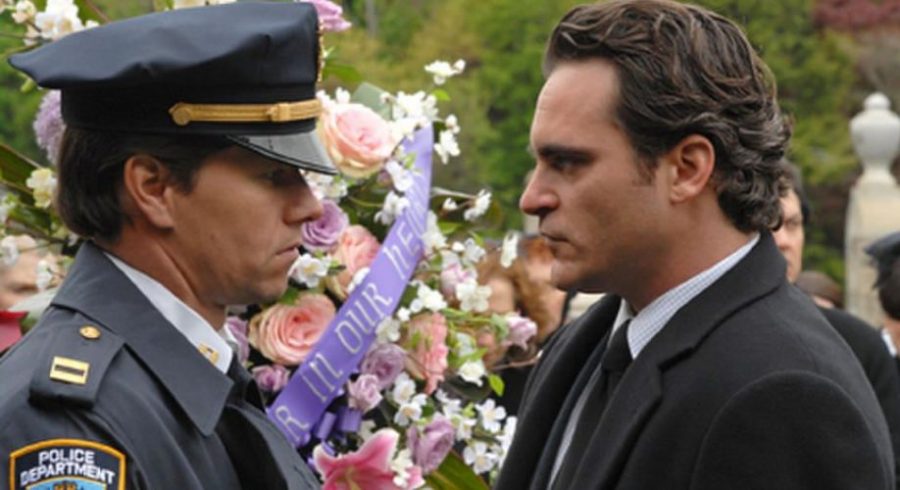 In late 1980s New York, Bobby Green (Joaquin Phoenix) runs one of Brooklyn’s leading nightclubs for a rather unscrupulous Russian businessman. Everything’s going well for him – he has a beautiful girlfriend (Eva Mendes), staff who look up to him and it looks like the company is about to expand into Manhattan.

There’s only one problem – Bobby’s brother Joe (Mark Wahlberg) is a decorated police captain and their father Bert (Robert Duvall) is the deputy police chief. No-one at the club knows this, but when he’s tipped off that the police are planning a big drugs bust on his club, he can’t keep it secret for much longer.

When Joe is wounded by the Russian drugs-runners, Bobby is forced to choose between his career and his family.

We Own The Night – apparently the rallying call of the police – sets out to be the next Goodfellas, throwing drugs, clubs, gangsters and betrayals into the mix – but James Gray is no Scorsese and the film falls short of what’s not inconsiderable goal.

The story feels to obvious – the performances too clunky and overwrought – and the relationships not entirely convincing.

But the film unquestionably feels true to its setting – it has the looks and sounds of the 80s down to a tee and conjures up memories, both good and bad, of being around at that time – and the TV we were all watching.

The film has big ambitions that it fails to bring to fruition, but it’s by no means a failure – just not as original, exciting or meaningful as it thinks.