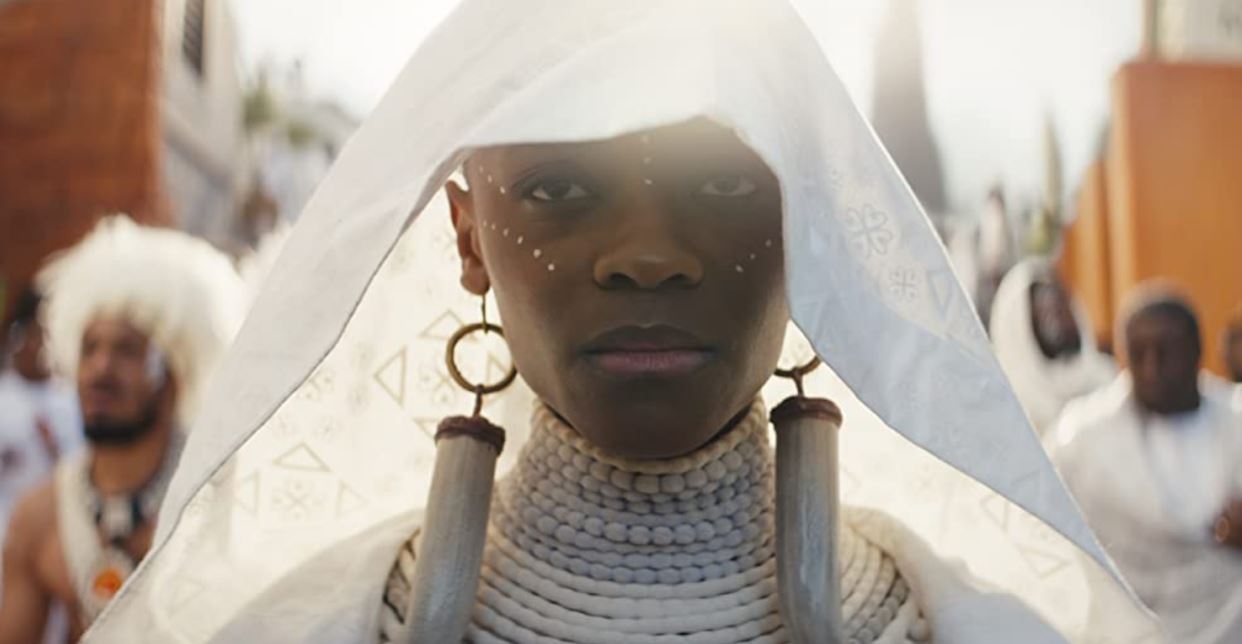 A year after the sudden death of King T’Challa of the resource-rich African nation of Wakanda, the country’s new ruler – his mother, Queen Ramonda (Angela Bassett) – has a run-in with western nations at the UN, refusing to hand over her supplies of weapons grade Vibranium; satisfied that Wakanda is the only source of the mineral on earth, she believes it’s safer in Wakanda’s hands.

Unbeknown to her, the CIA has found supplies elsewhere, but while digging for them under the sea bed, their mission comes under attack. Suspicion falls on Wakanda, but it has no idea who is behind the incident.

It turns out this second supply of Vibranium is claimed by an underwater kingdom, whose leader Namor (Tenoch Huerta) is prepared to use his mythical powers to protect it. He tries to forge an alliance with Wakanda against the West, but Ramonda refuses.

Instead, under the leadership of Queen Ramonda, T’Challa’s sister Shuri (Letitia Wright) and General Okoye (Danai Gurira), the mourning nation of Wakanda finds itself caught up in two major battles, as it tries to protect its supplies of Vibranium from the West and protect itself from Namor’s underwater warriors.

When you launch what looks like being one of the most successful and critically acclaimed super-hero franchises to date – and then your star tragically dies from colon cancer after his first outing in the role – it poses somewhat of a quandary to the creatives. Rather than recast his central character, the writer-director Ryan Coogler wastes no time in killing King T’Challa and having the audience share in the Wakandan period of mourning. The sequel to Black Panther is as much of a tribute to Chadwick Boseman and his character as it is an epic tale of survival in its own right.

Unlike many of the other Marvel movies, there’s no interference from other films here, so it stands alone, which is always a bonus for people who don’t have the chance to see every single film and then feel they’re missing out – although it does seem a little odd that there are no familiar faces at King T’Challa’s funeral, given that he’s helped so many of them out in their own adventures.

While never forgetting the Chadwick-Boseman-shaped hole at its heart, this is a film about an African nation standing up for itself against attacks from all quarters – both diplomatic and military – as white Western nations try to take control of its mineral reserves and a race of underwater warriors want to punish it for failing to fight alongside it against the other surface nations.

Wakanda Forever is at its best when its studying geo-politics – or when its regal or military figures are trying to pose as students to find the designer of the mineral detecting machine, but it starts to lose its way once – against the better judgement of one of the key characters – the eponymous Black Panther makes a reappearance after all.

With perhaps a few too many battles or backstories, the film feels like it could have been half an hour shorter, and while black audiences will – more than ever – be able to watch a cast that looks like them, white audiences won’t feel too alienated, even though there’s only a handful – if that – of caucasian characters and most of them are slimy villains.

It’s a visually impressive and ambitious tale, told on a grand scale, that works best when it’s not trying to be a super-hero film and it pays homage to Chadwick Boseman, hinting at the franchise that could have been, without feeling that his memory will hold it back in the future.