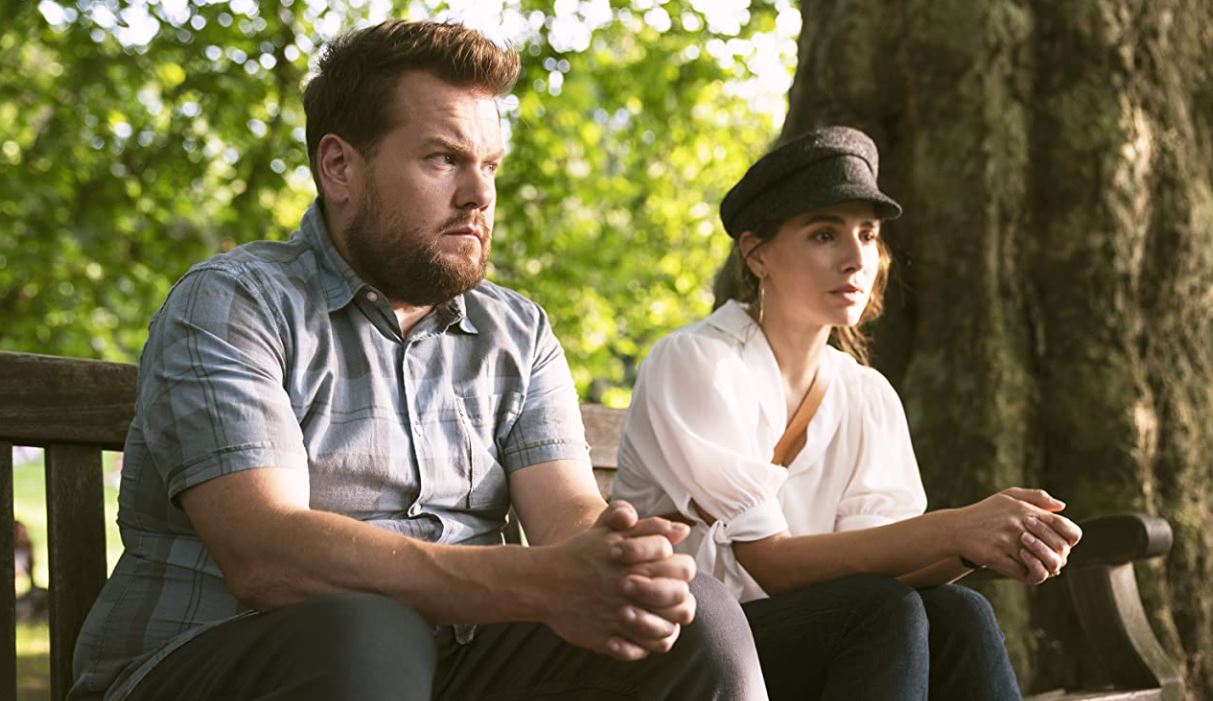 Married couple Jamie (James Corden) and Amandine (Melia Kreiling) are enjoying a short break by the sea, celebrating their pregnancy, but Amandine has a miscarriage, leaving both of them devastated.

From her hospital bed, Amandine gives Jamie her phone and asks him to contact everyone who needs to know – as he’s looking for numbers, he discovers messages that suggest she’s having an affair.

Losing a baby and finding out that your wife is cheating on you wouldn’t be great at the best of times, but Jamie is already extremely stressed, as he’s preparing to open his first restaurant.

Jamie enlists the help of his best friend and brother-in-law Jeff (Colin Morgan) to try to find the man Amandine is seeing, but what he discovers just poses even more questions.

And to complicate matters, Jeff is having problems with his own marriage to Jamie’s sister Lue (Sally Hawkins).

With James Corden in the lead role, this has been billed as a comedy – a dark comedy, but a comedy, nonetheless – but there’s far more darkness than comedy, with Episode One balancing the surreal and otherwise irrelevant discovery that Sir Tom Jones is holidaying in the next chalet with first a miscarriage and then the revelation of a marital affair.

Apart from a handful of moments that are more surreal than comic, there’s very little genuine humour here – it’s largely about how miserable everyone is and why they’re so miserable – devastated by a miscarriage, distrustful of a cheating partner, stressed about a major work event, generally depressed – if there’s a reason to be down, Mammals has it.

But Corden is likeable enough for you to be rooting for him – most of the time. What we see in a flashback episode, about how Jamie and Armandine met, perhaps could have warned him about what she might do to him, since she didn’t seem to have any qualms about doing it to her previous partner.

The more we learn about the wider family group, the less convincing it seems – and when Armandine finally plays her trump card, the house of cards built around Jamie collapses and you’re left wondering what the whole series has been about.

It’s never funny enough to be a comedy and certainly not coherent or convincing enough to work as a drama.

The look of confusion on Sir Tom Jones’ face when he first meets Jamie – that’ll be the look on your face by the time you’ve completed three hours in the company of this cast of miserable, selfish, disloyal, vindictive misfits.