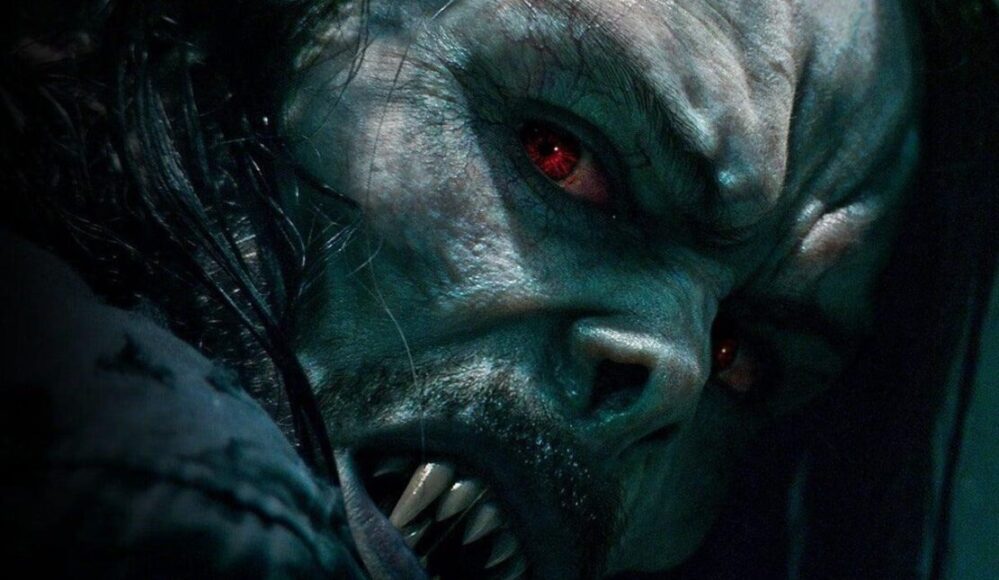 Michael Morbius (Jared Leto) is a brilliant scientist whose life’s work has been to try to cure his own blood disorder, which has left him dependent on crutches to get around.

He’s discovered that fusing the DNA of humans with that of bats allows his body to rebuild itself, as long as he keeps himself topped up with blood – by drinking it.

But the synthetic blood he’s created to save lives around the world is becoming less effective. He needs real blood. Human blood.

As his thirst for blood grows, he finds it increasingly hard to resist the urge to kill others to keep himself alive and healthy.

His childhood friend, Milo (Matt Smith), has a similar condition and when he sees how powerful Dr Morbius has become, he wants a piece of the action and he’s more relaxed about doing whatever it takes to survive.

There is a level on which Morbius is a thoughtful drama about a tortured soul who tries to do good for the world but ends up doing tremendous damage by inadvertently unleashing a destructive force that he struggles to reign in.

But the narrative constructed to tell this literally and figuratively dark story is peculiarly dull, flat and too often arch and nonsensical.

Flashbacks to a childhood in children’s hospitals in Greece set up a lifelong friendship with a similarly afflicted boy he nicknames Milo – who inexplicably becomes a New York based billionaire, by the time the main story plays out. The head of their children’s hospital (Jared Harris), twenty five years later, is Milo’s live-in personal physician. One of the Greek boys develops an American accent, the other sounds British; I’m not a fan of actors putting on funny accents, but this makes no sense.

As the story starts to unfold, Dr Morbius turns down a Nobel prize – at the ceremony –  no explanation as to why – or indeed why he turns up at the ceremony and rejects it there – for maximum impact, presumably, yet we don’t get to see it – and we never hear about it again. He seems to run a huge research facility in a hospital with just two doctors – him and his love interest – and one nurse. There are inexplicable moments – designed for maximum visual impact – such as thousands of bats waiting for the police to arrive before they flock out of a hole in the street – and there’s a peculiar moment where Morbius’ escape from his foe at a subway platform relies on the train not stopping at the station. To borrow from Dr Seuss, such quibbles are “really so small, you might think such a thing wouldn’t matter at all” – and in a better film, they wouldn’t, but they’re illustrative of the way Morbius is all about how it looks and feels at the expense of everything else. Any substance is lost under the style.

Morbius is kind of Marvel’s version of Batman, but unlike his DC counterpart, who’s all gadgets and no bat, Morbius is more like his Marvel stable-mate, Spider-Man – bitten by a spider, Peter Parker took on spider powers and Dr Morbius becomes increasingly bat-like – although not to the extent that Jeff Goldblum’s scientist who merged himself with a fly – he’s more of a were-bat. But while Spider-Man uses his powers for good, Morbius doesn’t really use his powers for anything – they’re a by-product of his efforts to cure himself. Even for his friend-turned-nemesis Milo, the powers are tangential to a selfish desire to survive.

The idea of a man-made vampire, based on science rather than the supernatural, grounds this character in a world that feels more real, although aside from adding some sensitive bat-hearing to his thirst for blood, there are a few too many paranormal elements that just confuse the narrative.

After his recent outing as a middle-aged, balding and overweight fashion magnate in The House of Gucci, Jared Leto continues his shape-shifting modus operandi, finding roles that require big physical changes. As an infirm scientist, he’s wan, bedraggled and wiry. As the vampiric anti-hero, he’s beefed up and fully fanged.

But it’s never quite clear whether he is indeed a tormented anti-hero, a hero trying to suppress his selfish foe or even – as suggested by the original comic-strip and a closing credits scene – a potential villain, making it hard for audiences to know what we’re meant to think about him.

Morbius is the latest Marvel character to be brought to the big screen by Sony as part of its own Spider-Man Universe, rather than being part of Disney’s Marvel Cinematic Universe, which includes the most recent Spider-Man films, made by Sony. It’s all getting very meta – but it’s confusing, because there’s a cameo at the end of this film from a character from an MCU Spider-Man film, hinting at a sequel that would further tie these two universes together. It’s interesting, at least, to see Sony and Disney – rivals in the business – working together and sharing characters.