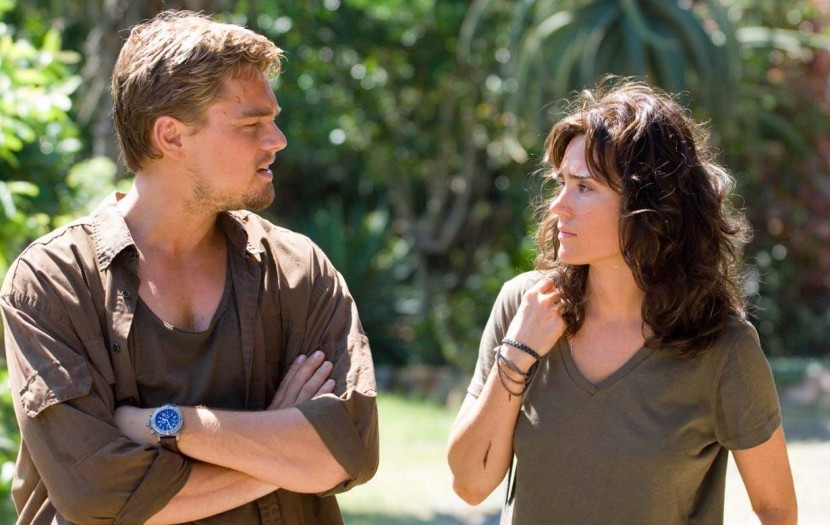 1990s Sierra Leone: government troops and the rebel fighters determined to unseat them are financing their brutal war by selling diamonds on the black market.

When a gang of rebels ransack Solomon’s (Djimon Hounsou) village, as a big lad, he’s spared execution and taken off to work the diamond mines. Moments before government troops sweep through the mine and arrest everyone, Solomon finds – and manages to bury for safe-keeping – one of the biggest and purest uncut diamonds anyone there has ever seen.

Inside the government jail, a row about the diamond between Solomon and the rebel leader (David Harewood) is overheard by “Rhodesian” diamond smuggler Danny (Leonardo DiCaprio), who was caught trying to get rocks across the border into Liberia, where they can be sold on, untainted.

Once out of jail, Danny sees Solomon’s hidden stone as his way off the continent. For Solomon, it’s his only hope of finding his wife and kids. But to find it, they need the help of American journalist Maddy (Jennifer Connelly).

And what’s in it for her? The promise that Danny will blow the whistle on his clients, exposing the fact that a respectable diamond company is actually trading in “conflict diamonds.”

This film sets out to do two things – tell the world about how black-market diamond sales can fund brutal wars and give the audience an exciting action-adventure, with a moral twist, in which a flawed anti-hero sees the error of his ways.

It succeeds on both fronts.

For anyone who wasn’t aware of the concept of conflict diamonds, it clearly lays out the problem and its consequences.

But for most viewers, this little bit of worthiness will be hovering in the background as Leo (for the girls) and Jen (for the boys) help their new Sierra Leonean friend fight and trick government troops, rebel fighters and foreign mercenaries.

The action is non-stop, whether it’s rebels destroying a village or helicopters destroying mines, but the plot slows down enough to allow us to catch our breath between sequences.

And while an “unlikely attraction” develops between the idealistic reporter and initially money-grabbing smuggler, it’s not rammed down our throats – it’s mostly unspoken, in a film that achieves that rare combination — doing issue as well as it does action.