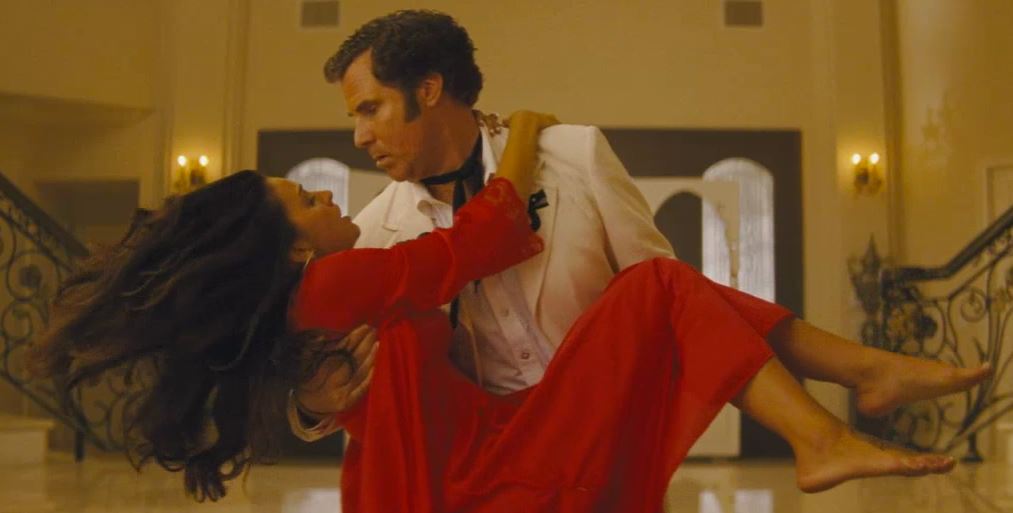 Armando Alvarez (Will Ferrell) is the eldest son of a wealthy Mexican landowner, who’s holding out hope that his younger son Raul (Diego Luna) will return home to takeover the ranch.

Armando is an honest but unexciting rancher who can work the land but commands no respect. Raul is a smooth, fast-talking, womanising businessman, who commands more fear than respect. He’s also a drug dealer, who’s trying to get in on the patch of the ruthless local drug king-pin Onza (Gael García Bernal).

When Raul does indeed return home, it’s to announce his engagement to the beautiful Sonia (Genesis Rodriguez).

Armando is instantly attracted to Sonia, which increases the tension between him and his brother.

Onza has his own connection to Sonia, which threatens to throw the situation further into disarray.

When US and Mexican border authorities start getting involved in the drugs war, Armando is determined to show that honour can rise above greed and guns.

That’s right – the whole film is in Spanish. You won’t be surprised to hear that Gael García Bernal, Diego Luna, Genesis Rodriguez are Spanish speakers; indeed Bernal and Luna rose to international prominence in the road movie, Y Tu Mamá También, from their native Mexico.

But Will Ferrell? It turns out that fluent as he seems, even after playing the central role in a Spanish language film – and doing many of his TV interviews en Español también – he learnt it all by rote and didn’t understand half of what he was saying. Or so we’re told.

Ostensibly, this is an unremarkable and unsurprising story about sibling rivalry, a drugs war and forbidden love – but it’s presented as a parody of the melodramatic Mexican soap operas known as telenovelas.

If you’re a fan of Ferrell and his oeuvre, the parody will be enjoyable, even if you’re not familiar with the shows it mocks.

It’s peppered with some unexpected visual gags – making surreal use of certain backgrounds, sets and props.

But in reality, Casa de mi Padre is a one-joke film – and that joke is given away in the trailer; dress Will Ferrell in a rancher’s outfit, have someone ask him if he speaks American and have him respond, with a straight face, “No señor. No hablo Americano.”

If you like Ferrell, that joke is hilarious. If you don’t, it’s childish. Either way, it’s rather pointless and it’s not really enough to sustain a feature film.

But padded out with enough visual gags and cultural references to fill the mercifully short running order, it’s tremendously enjoyable, if lacking in any substance.