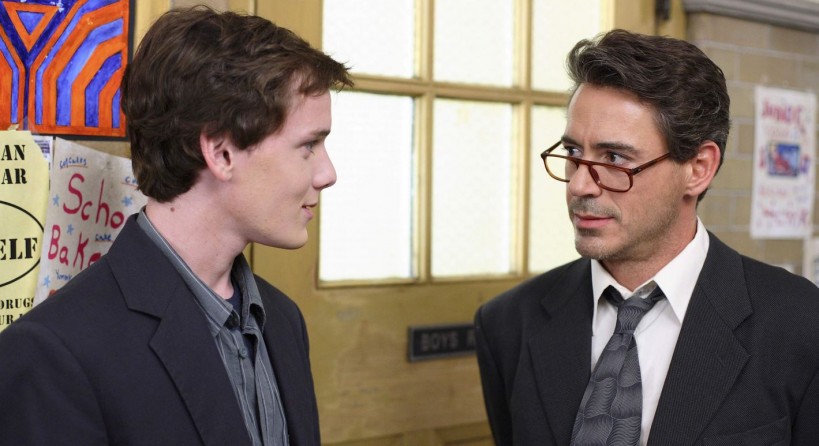 When precocious rich-boy Charlie Bartlett (Anton Yelchin) is expelled from his private school for running a fake-ID business, even his alcoholic mother’s (Hope Davis) cheque-book isn’t big enough to keep him there, so he ends up – for the first time in his life – at a public school.

Now bear in mind that in the US, a public school isn’t the same as a private school – as the name would suggest, his new school is open to everyone: this wealthy boy, who’s wedded to his school blazer, is now in with the worst the neighbourhood has to offer.

Perhaps unsurprisingly, he doesn’t fit in too well at first, getting beaten up by pretty much everyone – until his mother sends him to a psychiatrist and he gets prescribed some drugs.

Now, Charlie’s a bright chap, and he realises he can make money – and friends – by faking medical symptoms to get prescribed a variety of pills that he can sell to his school-mates.

Before long, he’s running a fully-fledged pharmacy from the school toilet.

He doesn’t help his graduation hopes by falling for the ditsy daughter of the neurotic recovering alcoholic head teacher (Robert Downey Jr), who’s quick to get on his case.

This is the latest incarnation of the school-misfit-comes-good film that’s been seen before in the guises of Rushmore and Election among others.

Once again, a little-known lead with tremendous potential carries a strong script with a sharp and confident performance.

The film is comparable to another current release, Smart People, with a cast of “smart people” delivering smart lines around an educational establishment – but whereas Smart People doesn’t live up to its title and at times feels rather bitter, Charlie Bartlett is as open-hearted and friendly as its title might suggest.

For a film which is essentially about a school drug-dealer, it’s surprisingly family-friendly.

Downey Junior capitalises on his real-life reputation to pull off another convincing turn as a damaged character, with a heart.

Ultimately, the film is fairly slight in its ambitions, with little to offer the genre – or indeed cinema in general – but it introduces us to a likeable lead, whose real-world naivety is overshadowed by his self-confident industriousness.

It’s surprisingly warm and witty, with the main cast, old and new, at the top of their game.