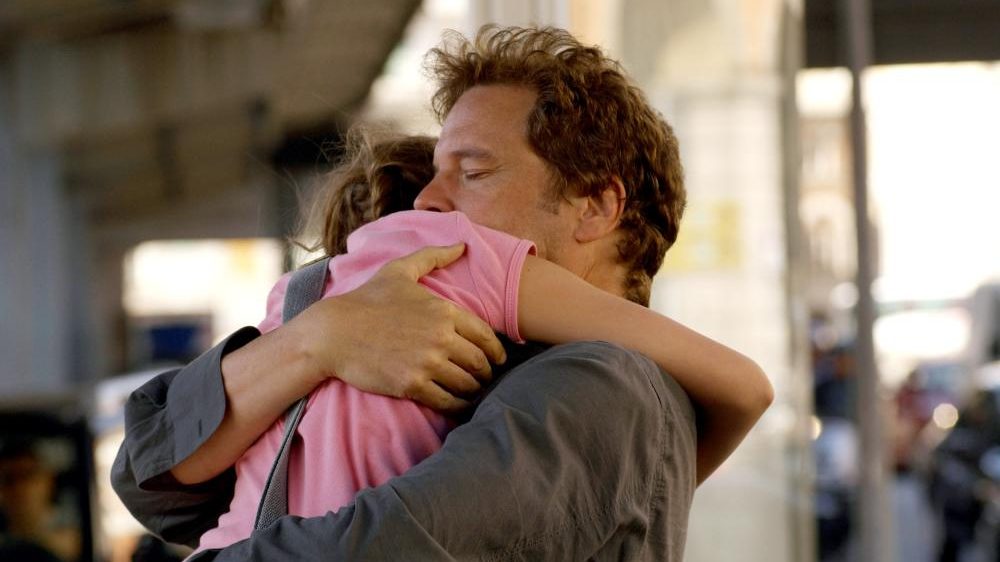 They rent an apartment close to where an ex-girlfriend of Joe’s, Barbara (Catherine Keener), lives. She becomes a surrogate mother figure to the girls and a reliable companion to Joe, as he takes on a job teaching at the local university.

You get the sense that she’d be up for reigniting their relationship, but he’s more interested in one of his students.

His older daughter, stroppy teenaged Kelly, is also thinking about the opposite sex, spending rather more time that her Dad would like – if he knew – with a school mate with a scooter, while his younger daughter Mary is left – without her sister’s supervision – roaming the backstreets on her own, chasing after a vision of her dead mother.

There’s quite a lot going on here, but it’s not really sure where it’s going.

We have a bereaved man, trying to move on with his life, by seeking the youngest replacement he can find. We have one bereaved daughter, who’s taking a similar approach and another who – perhaps wracked with guilt – refuses to let go of her mother, following her ghostly image around her new home town.

The characters are all fairly familiar archetypes – and following an apparently dead character around Italian backstreets recalls the far more creepy Don’t Look Know – but that’s the thing – it’s not clear whether Michael Winterbottom is trying to be creepy. Perhaps he’s just trying to be profound, charming, heart-warming or enlightened?

The locations look beautiful and the performances can’t be faulted, but the motivations of the characters seem at times unconvincing and at other times confused.

This lack of clarity means that while at times you will be charmed or feel moved, ultimately, it’s not a very rewarding experience, emotionally, which is a disappointment from a director who usually succeeds on this front.

It’s interesting to watch the different approaches for the main characters to rebuilding their lives after the loss of a loved one – but it’s not a particularly original theme and there’s little else original in the film.