The pre Awards Season festival season is well under way, with Venice and Toronto behind us, Raindance coming to an end and the BFI London Film Festival just around the corner. Under the leadership of first-time artistic director Tricia Tuttle, the LFF’s programmers have been travelling the world since Sundance in January to collect the pick of the highlights from the best festivals, as well as clocking up a few premieres of their own, among about 230 films being screened at the twelve day event.

Opening with Steve McQueen’s Widows on 10th October and closing on the 21st with Steve Coogan and John C Reilly playing Laurel and Hardy in Stan & Ollie, LFF 2018 will be presenting a range of high profile awards contenders at glittering gala screenings. Among the most eagerly anticipated titles are the Venice Film Festival award-winning The Favourite, the latest from The Lobster‘s Yorgos Lanthimos, the Coen Brothers’ The Ballad of Buster Scruggs and the film that now looks like it might not be Robert Redford’s final film as an actor after all, The Old Man & The Gun, which is nominated in the Festival’s Best Film competition.

But with more films to choose from than most major festivals, London has room for more than just the high profile, big name, awards contenders that are guaranteed theatrical releases and copious press coverage. It likes to promote the underdogs that might otherwise not get seen by wider audiences and could struggle for media attention.

But when you don’t recognise the talent, it can be hard to work out what to see. So Tricia Tuttle gave us her 5 picks for What’s Worth Seeing at this year’s LFF. 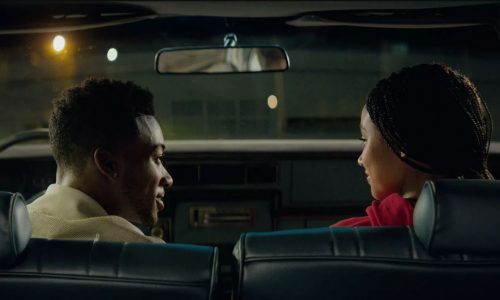 THE HATE U GIVE George Tillman Jr’s powerful adaptation of Angie Thomas’ novel stars Amandla Stenberg as a teenager who witnesses the fatal police shooting of her childhood friend.

“Angie Thomas’ best-selling young adult novel is adapted for the screen in this vital, engaging film about a teenager who witnesses an unarmed young black friend shot and killed by a policeman. Amandla Stenberg dazzles as Starr, a teenager who finds herself ‘code-switching’ every day to fit in, whether at the wealthy largely white private school her parents work hard to send her to, or in the poor, mostly black neighborhood she grew up in. The murder of her childhood friend brings her worlds crashing together. This brilliantly modulated gem about the racial divide in America is one of the smartest teen films we’re likely to see this year.” 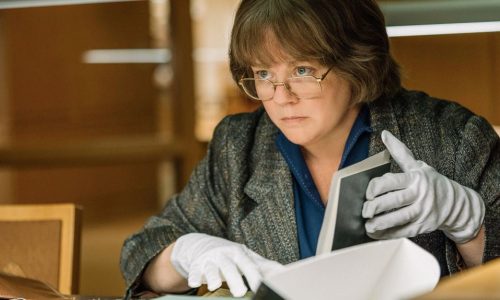 CAN YOU EVER FORGIVE ME? Marielle Heller’s darkly humorous biopic about an audacious literary forger. 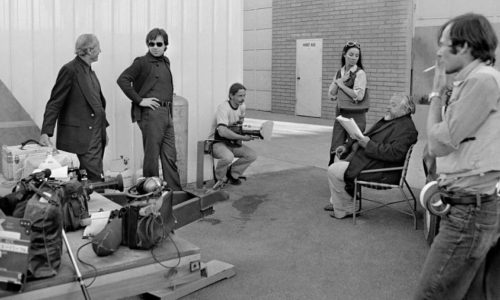 THEY’LL LOVE ME WHEN I’M DEAD Morgan Neville’s scintillating documentary uses archive footage and contemporary interviews to tell the story of Orson Welles’ unfinished The Other Side of The Wind.

Oscar-winning documentary filmmaker Morgan Neville (20 Feet From Stardom) brings impressive storytelling mojo to the ultimate behind-the-scenes look at Orson Welles’ final years as he struggled to complete his Hollywood satire, The Other Side of the Wind – unfinished at his death 33 years ago, but recently completed by the producers. Part fascinating tale of a doomed project (a la Lost in La Mancha), part portrait of an eccentric and charismatic genius in his final years (Rosebud, anyone?), this is a riveting, certain delight for fans of film history. Neville will be at the Festival with both this and his other new work, the blockbuster US hit Won’t You Be My Neighbor.” 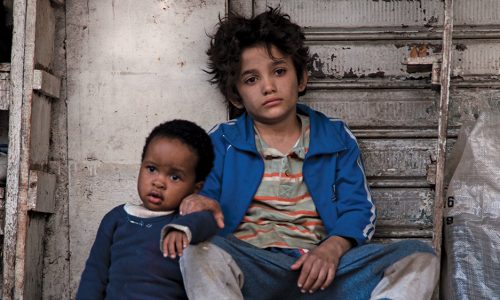 “Edge of the seat drama and neorealism combine in this story of two young children surviving on the streets of Lebanon alone. Neglected by his parents, 12 year old Zain leaves home, and is taken under the wind of an illegal refugee. She feeds him; he cares for her baby while she works each day. But when she disappears, he’s left with the baby alone and does his best to keep them both alive. With its tender melancholy and magnetic child performances to rival children-in-peril classics like Bicycle Thieves and The Florida Project, director Nadine Labaki wowed Cannes with this potent and effecting production, deservedly nabbing a Jury Prize.“ 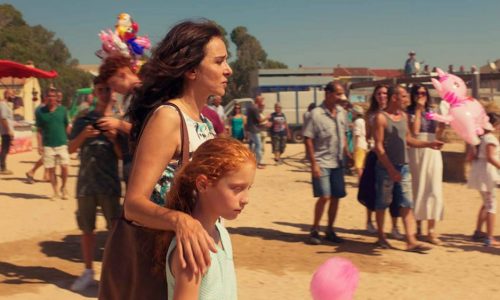 DAUGHTER OF MINE Laura Bispuri’s powerful, Sardinian-set drama details the tug of love between two mothers, one biological and the other adoptive, as they fight over their young daughter.

“Following her acclaimed Sworn Virgin, Laura Bispuri returns to the Festival with a fascinating study of motherhood, interrogating the nuanced interplay between nature and nurture. Alba Rochwacher and Valeria Golino play two very different women living in a coastal Sardinian village – one the biological, one the adoptive mother of a young girl who is torn between an instinctive attraction and repulsion for both. Films about motherhood are rarely this complex – Bispuri’s film is often uncomfortably physical, sensual, provocative and visceral.”