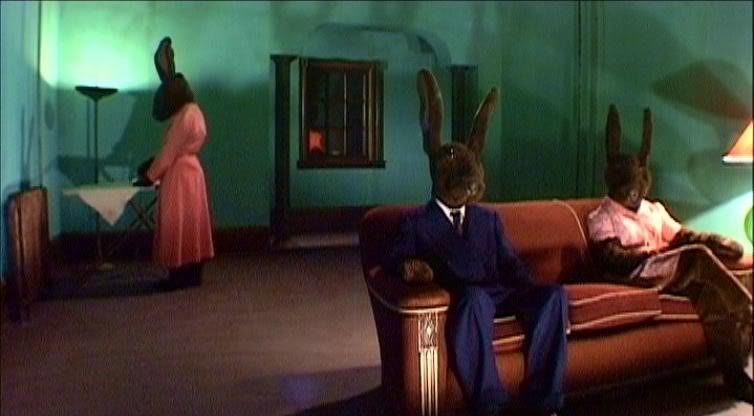 I haven’t got a clue.

There are bits of this three hour epic that make sense, but only bits – and certainly not when taken together.

Anyone who expects a coherent plot from David Lynch clearly misunderstands his oeuvre, but whereas in films like Blue Velvet, Wild At Heart and more recently Lost Highway and Mullholland Drive, he’s at least humoured viewers who feel more comfortable with the vague concept of a story to grapple with, this is little more than a random stream of consciousness.

There are scenes that make sense in their own right, but have nothing to do with anything else around them. But most scenes don’t make any sense at all.

There is plenty of screaming, confusion and pain – probably more for viewers sitting through it for three hours than for the characters involved in the film.

It’s unquestionably self-indulgent, something assisted by the film’s evident low-budget.

To make us sit through an hour of this would have been cheeky, two hours would be pushing it, but three full hours of unrelated, random nonsense is unforgivable – except perhaps had it been intended as an art installation.

If any other film-maker had produced this, they would be laughed out of the industry and never work again – that it is Lynch, there will undoubtedly be reviewers who will feel obliged to pretend to admire it, and accuse naysayers of naïve ignorance.