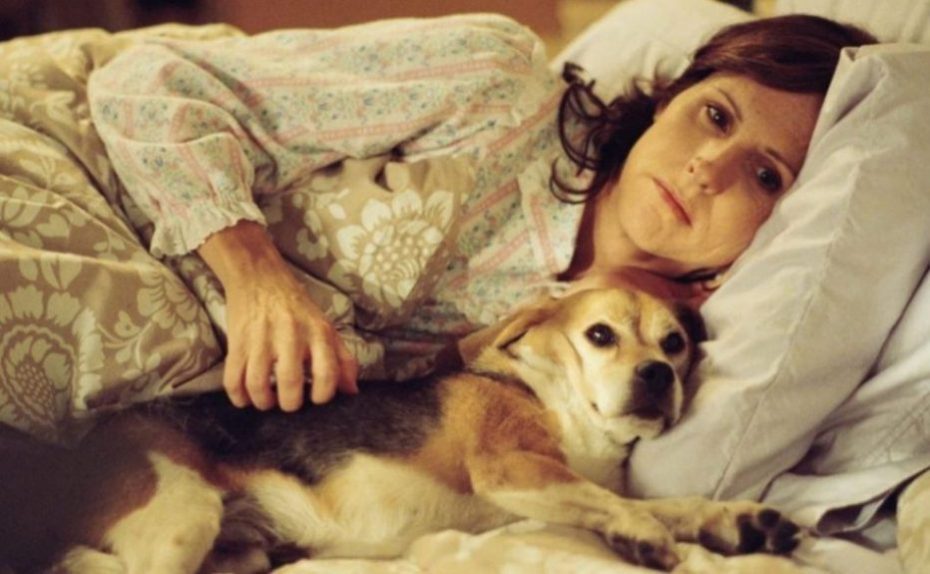 Peggy (Molly Shannon) is unchallenged and unsatisfied in her job as a secretary in a big company.

She lives for her pet dog Pencil – he is number one in her life with nothing else even coming close, so when he dies in mysterious circumstances, she really struggles with the grieving process.

Her sister-in-law (Laura Dern) only adds to her problems with her rather eccentric behaviour and demands.

Then there’s a less-than-successful date with her hunting-enthusiast neighbour (John C Reilly).

It’s only an unsolicited call from her vet’s assistant Newt (Peter Sarsgaard) that finally starts to give her life some meaning and direction. He offers her the chance to take in a dog, which would otherwise be sent to the pound to be destroyed.

Before she knows it, she has a house full of errant mutts, pulling her furniture to pieces, as her work and personal life crumbles around her.

This is a rather odd film to categorise. It starts like any other low-budget, quirky, independent character comedy, but it suddenly switches into something else entirely – an animal rights campaigning drama.

The film’s success or otherwise rests on whether you identify with Molly Shannon’s Peggy, but while in the first part of the film, she’s a likeable, mildly eccentric indy-film stereotype, when the mood switches, she becomes more like the mad bag lady next door, who doesn’t carry your sympathy to anything like the same extent.

In fact, by the end of the film, I found myself identifying more with her family, colleagues and neighbour than I did with the protagonist.

In fact, even Newt – the character who introduces her to the campaigning lifestyle – thinks she goes too far.

This is a film about a lonely woman who turns to fundamentalism as she has nothing else to fill her life – as such, it strays too far from its quirky comedy origins to keep that audience and could quite possibly lose the sympathies of reasonable animal-rights campaigners too.

The only people left are more extremist activists, and the more Peggy’s own life starts falling apart, the more this element appears to be mocked by the film, so I’m not really sure who it’s aimed at – different bits of the film will appeal to different audiences, but I can’t imagine the whole film appealing to anyone.