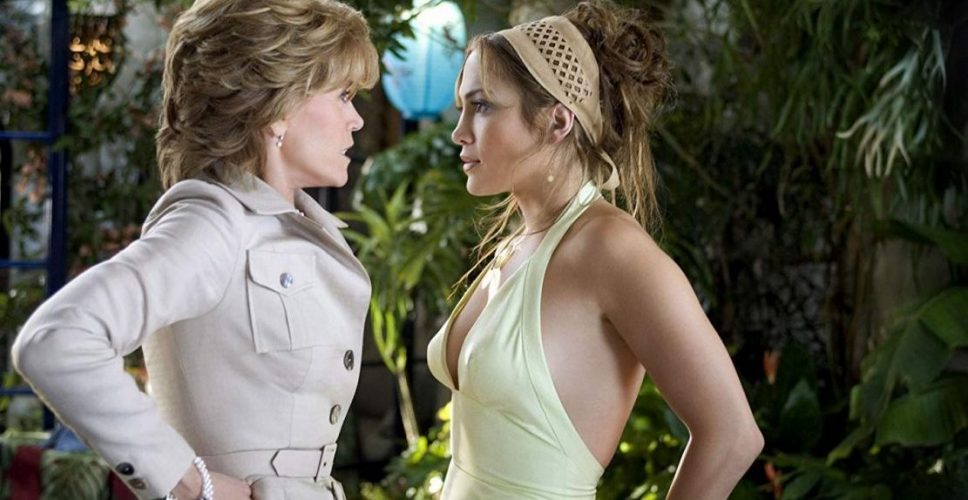 After years of looking for Mr Right, Charlie (Jennifer Lopez) finally finds him in Kevin Fields (Michael Vartan) but soon discovers that his mother, Viola (Fonda), is the mother-in-law from hell.

Having just been fired from her job as a national news anchor, Viola now fears she is also going to lose her son to a girl who is beneath him.

With the help of her long suffering assistant Ruby (Wanda Sykes), she is determined to scare off her son’s new fiancée and will go to any length to do it.

This is the female version of Meet The Parents.

Jane Fonda is on magnificent form in this, her first acting appearance in 15 years.

The comedy sparks really start to fly though when J-Lo and Fonda’s characters declare war on each other.

It’s quite slapstick and very physical at times with the two female leads punching each other’s lights out at one point.

The funniest scenes are between Fonda and stand up comic Wanda Sykes as her assistant. They have incredible on-screen chemistry together while Michael
Vartan is wasted, as his character is just the foil for the main action.

Elaine Stritch’s cameo, as Viola’s own mother-in-law, is the piece de résistance and completely steals the show.

Much of the comedy is way over the top but this was a lot funnier and more enjoyable than I expected it to be.