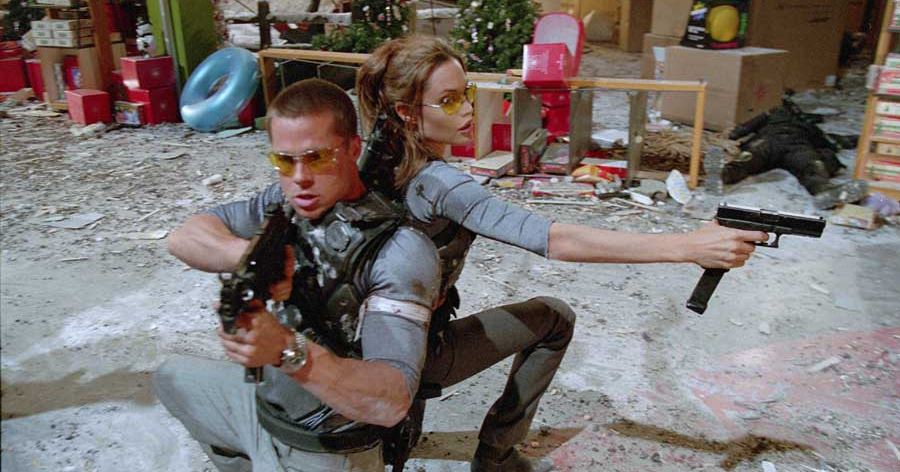 But that’s not surprising when you consider that they’ve been keeping secrets from each other – their real jobs. Unbeknown to each other, they’re both assassins.

Their covers are blown when they’re double-booked for a hit and the target gets away.

Concluding that their marriage is a sham, each of them realises that the only way out is to turn their guns on each other.

It doesn’t sound, from the outset, like this is a romantic comedy. It’s certainly not the stuff of Hugh Grant or Working Title.

But despite the inevitably vast body-count and the sheer pleasure garnered from each meticulously planned and executed kill, deep down, this is a thoroughly entertaining rom-com: a romantic comedy with killing.

Despite its subject matter – a couple whose marital difficulties leave counselling still feeling that they want to kill each other – it’s surprisingly fun. Even the killing is fun.

It’s a silly film, but everything from the guns and gadgets and the tongue-in-cheek humour to the non-stop comedy action and the sizzling on-screen chemistry of this (almost certainly) off-screen couple, make it almost impossible not to feel uncomfortably warm and satisfied throughout – and afterwards.