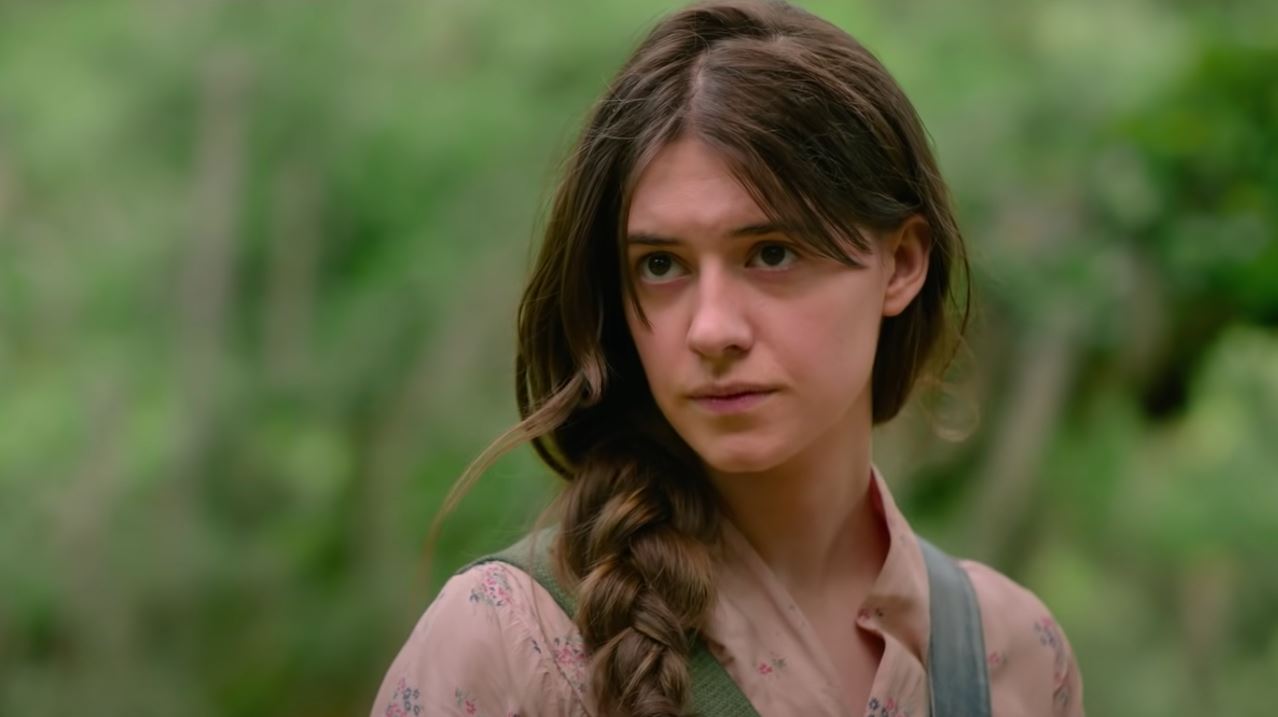 It’s 1969 and a high-school footballer, Chase Andrews (Harris Dickinson), has been found dead at the bottom of a fire tower in a forest by the a river in North Carolina.

Suspicion falls on his fiancee, Kya Clark (Daisy Edgar-Jones), a meek and mild outsider, who’s largely grown-up alone, in a nearby shack, after her violent father frightened off the rest of the family – and then disappeared.

A retired lawyer, Tom Milton (David Strathairn), knows that the community has long thought ill of “the marsh girl” and steps in to defend her, when she’s charged with murder.

Did she kill Chase, to avoid following her mother into an abusive marriage? Did someone else have a reason to kill him? Or did he just accidentally fall through a loose grate at the top of the tower, while admiring the view – alongside Kya?

Most people who know Daisy Edgar-Jones will have seen her as the female lead in the BBC drama Normal People but the profile that gave her has led to her first lead in a Hollywood feature, thrusting her to the front of this female-led literary adaptation – directed by Olivia Newman, produced by Reese Witherspoon and based on a novel by Delia Owens.

Initially, at least, it’s a deliberately paced, low-key drama that unfolds in two time-frames – the present day court-room and Kya’s back story, as she grows from a child, to a teenager and a young-woman, as this outsider – known to the townsfolk as “marsh girl” – loses her family and learns to live alone off the land.

Only the kindness of a young boy she meets on the river, Tate (Taylor John Smith), gives her a connection to the local community – and any sense of a normal life. The pair grow-up together and become close – until he prioritises his future and heads away to college, leaving her bereft.

But why do we need to know all this, you might wonder? It certainly seems that it might become relevant, when Tate returns to town some years later, to find that Kya is now engaged to the local American football hero – a brute of a man who can only be described as Mr Wrong to Tate’s Mr Right.

Kya’s lawyer Tom has to be at the top of his game to persuade the jurors – already prejudiced against her – that she couldn’t possibly have killed Chase, which begs the question – if she didn’t, who did?

When we eventually find out what really happened, all those years ago, the revelation leaves viewers feeling they’ve been manipulated and misled. Such a twist can either surprise and audience – or annoy them – and in this case, it’s the latter.

You feel that the slow unfurling of the back-story – and Tom’s demolition of the prosecution case – are leading to one inevitable conclusion, but then much of it turns out almost to have been irrelevant. And what turns out to have happened then raises a whole load of questions the film decides it no longer needs to answer.

Daisy Edgar-Jones does her best with what she’s given, but most of the rest of the cast play to archetypes – the smarmy jock, the kindly old lawyer, the alcoholic father and so on.

It’s a film that feels like it’s working right up until the very last scene, but the denouement undoes all the good work and turns a tense courtroom and social drama into an arch trick, although it’s difficult to explain why without spoilers. The structure would be admirable, were it more of an enigma than a manipulation – but it’s a film that is more likely to leave you feeling cheated, having wasted much of your time, than with any sense of admiration.