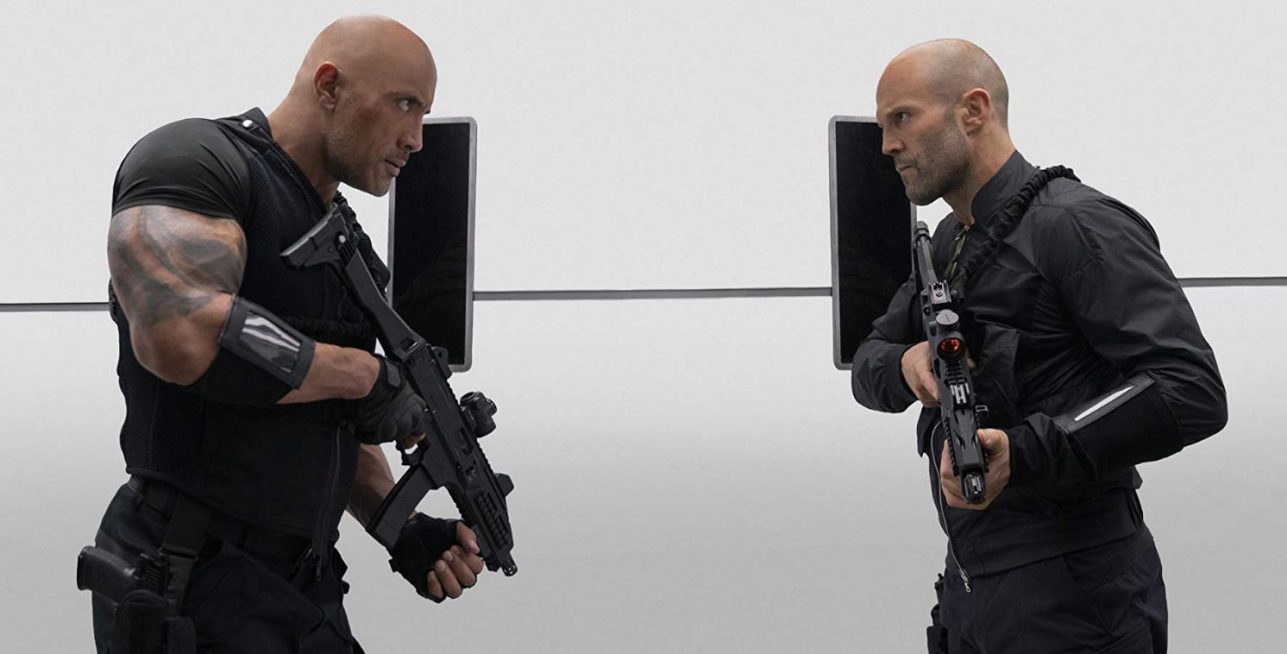 When the only sample of a highly advanced, programmable virus is stolen in London, the CIA is desperate to find it and keep it out of the hands of ruthless criminals.

They round up their best freelance operatives – Londoner Deckard Shaw (Jason Statham) and LA-based Luke Hobbs (Dwayne Johnson) – and ask them to work together to secure the virus.

These two have crossed swords before and they have no interest in working with each other.

But with a bio-terrorist (Idris Elba) also trying to get his hands on the virus and a rogue MI6 agent (Vanessa Kirby) making everyone’s job just that little bit harder, Hobbs and Shaw swallow their pride and team up to save the world.

Branded as part of the Fast & Furious franchise, there’s no doubt about what to expect from Hobbs & Shaw – but other than the fact that the action is indeed both fast and furious, the need for the branding is questionable. Unlike Marvel’s Cinematic Universe, you certainly don’t have to have seen every previous film for this to make sense – in truth, the plot will never make sense to anyone anyway. Similarly, for some people, the branding might even be off-putting, but this will appeal to anyone who wants to see two of Hollywood’s most high-octane action stars teaming up to save the world, through as many action sequences on as many continents as possible.

There’s no question that the film is fun – and it’s tongue is firmly planted in its cheek, so it certainly can’t be faulted for taking itself at all seriously.

Some of the set-pieces are astonishing – from a street-chase through London to a race down the side of a sky-scraper – and Idris Elba’s technology is as thrilling as it is imaginative.

But that’s where the director David Leitch’s background as a stunt man ceases to help him – he simply can’t tell a story and has no sense of character – and peppering the production with often scene-stealing cameos does little to help him.

The narrative is utter nonsense, the plot bounces pointlessly around the globe and the supposed witty banter between Hobbs and Shaw is less Blackadder and more nursery school playground; “Looking at your face makes me sick,” is about the most innovative insult they can muster.

Consequently, the sparky chemistry between the leads is very much like watching kids in the playground shouting “ner nerna ner ner” – but they manage to get away with it because we know they’re not trying to be clever and the plot – such as it is – doesn’t require their brains to be as big as their biceps.

What they were doing in this battle of muscles versus technology was entertaining – if generally incoherent and illogical – but what they were saying was embarrassing.

But no-one goes to see stars like this in a film like this for the dialogue, character arcs or plot progression.