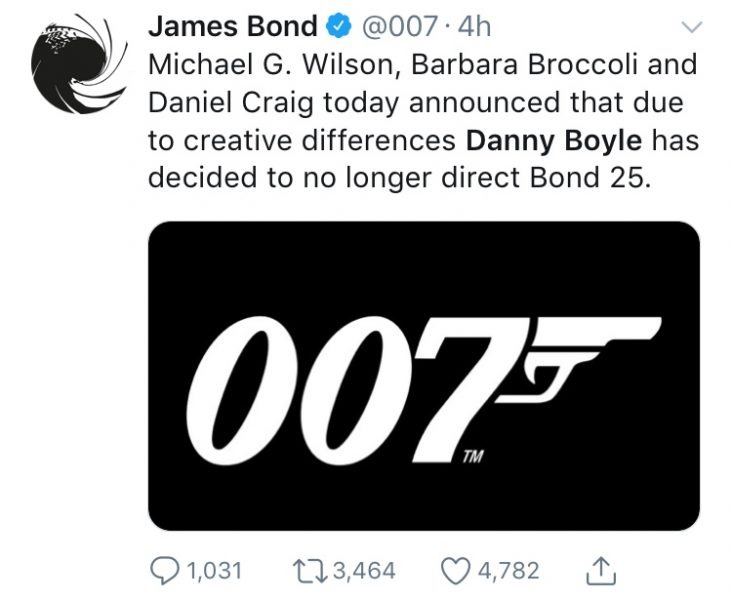 The news came in a tweet posted on the official James Bond. Twitter account, in which the owners of the franchise and its current star, Daniel Craig, cited “creative differences.”

Boyle – who won the Oscar for Slumdog Millionaire – had been seen as an unsurprising choice when he was announced as the director in May, not least because he’s directed a Bond parody starting Craig – and the Queen – for the opening ceremony of the London Olympics in 2012.

Shooting was due to start at Pinewood in December, with the as-yet-unnamed Bond 25 scheduled to be released in the UK in October next year.

Boyle had been due to direct from a screenplay by his frequent collaborator, John Hodge; it’s not yet known whether he will also be leaving the project.

Having to start again with a new writer would make it harder to stick to the current schedule.

Little information has been put into the public domain but the inclusion of Craig’s name in the original tweet is an indication that the actor – who’s been clear that this fifth outing as 007 will be his last – is siding with the producers,  Michael G Wilson and Barbara Broccoli, over the director in this dispute.