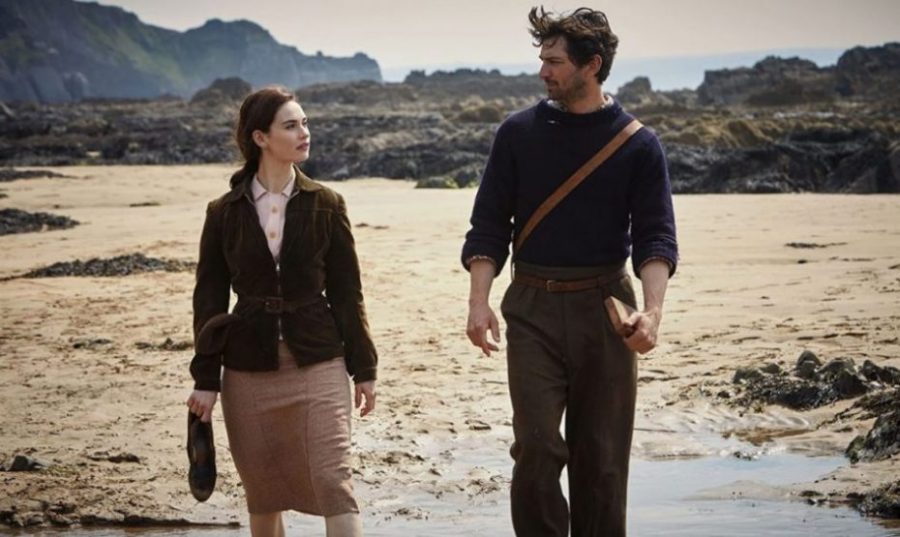 Based on US writer Mary Ann Shaffer and her niece Annie Barrow’s best selling novel of the same name, it tells the story of journalist and writer Juliet Ashton (Lily James), who travels to post-war Guernsey for inspiration for her next book.

This follows her close correspondence with islander and member of the local book club Dawsey Adams (Michiel Huisman).

She meets him and the rest of The Guernsey Literary and Potato Peel Pie Society, who are clearly harbouring a closely guarded secret.

The title maybe a mouthful but this drama serves up a charming slice of British wartime grit with a generous helping of romance on the side.

The charismatic and enchanting Lily James is perfect as the single-minded and full-of-gumption Juliet, whose life is completely transformed by the wonderfully colourful and eclectic members of The Guernsey Literary Potato Peel Pie Society, played superbly by the likes of Penelope Wilton, Sir Tom Courtenay and Katherine Parkinson.

The origins of said book club are revealed in flashbacks along with the tremendous hardships, the constant fear and the starvation the islanders suffered under Nazi occupation. Sir Tom’s character’s signature food dish was his infamous potato peel pie made entirely out of, yes you have guessed it, potato peels as there was nothing else to eat.

In the safe hands of Mike Newell (Four Weddings and a Funeral) this is a poignant, yet wonderfully uplifting and stunning-looking period drama, although ironically the gorgeous landscapes and beaches you see on screen were actually shot in Devon and Cornwall which doubled for the real Guernsey.

The romantic elements play out predictably with Michiel Huisman as the proverbial tall, dark, brooding islander who captures our heroine’s heart but the course of true love never runs smooth. Meanwhile James’ Downton Abbey co-star Jessica Brown Findlay portrays the mysterious founder of the book club who is nowhere to be seen other than in flashbacks.

Although bordering on the twee, this film is saved by its captivating cast and its powerful message and it’s reminder of human endurance and acts of bravery and heroism carried out by ordinary people, when faced with the horrors of Nazi occupation.