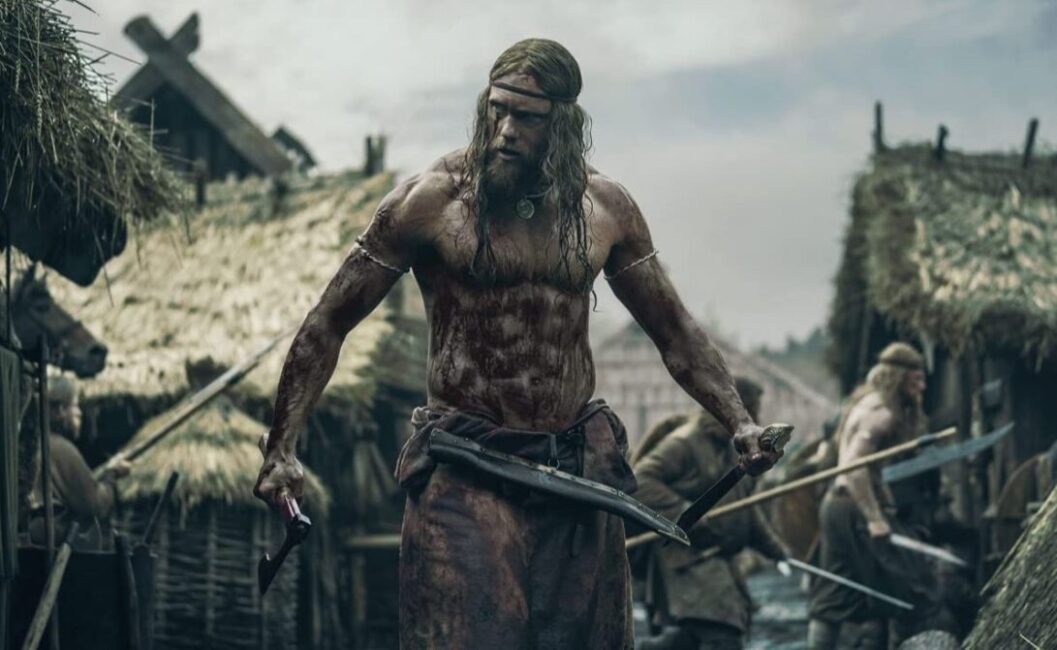 When Norse King Aurvandil (Ethan Hawke) is killed by his brother Fjölnir (Claes Bang), his young son Amleth manages to escape, vowing to avenge his father’s death, save his mother (Nicole Kidman) and kill his uncle.

Years later, as an adult, Amleth (Alexander Skarsgård) finds out that soon after he took over the kingdom, Fjölnir was himself overthrown and was now reduced to running a sheep-farm in Iceland.

Posing as a slave, Amleth manages to reach Iceland and plots to get close enough to his uncle to exact a bloody revenge.

The third feature from Robert Eggers – after The Witch and The Lighthouse – is a Viking tale of revenge, based on the legend that inspired Shakespeare’s Hamlet and as such, they share a number of key elements, as the not dissimilarly named Prince Amleth seeks to avenge the murder of his father by his treacherous uncle, who takes the King’s widow as his own wife.

Blood, sweat – and some other bodily fluids – flow in this visceral and violent journey, as the adult Amleth travels across Scandinavia, revealing his true identity to only a fellow slave, Olga (Anya Taylor-Joy), in his efforts to win the trust of his nemesis, so that he can seek justice.

As the brutality and ruthlessness of Viking culture is laid bare, the closer Amleth edges to his destiny, the more grateful you will be for having been born around 1100 years after this period of history.

There is little beauty, humour or light in Eggers’ portrayal of “the north” – the landscapes are as chilling as the screams and howls of those with no compunction about wielding axes and spilling blood for their own survival; Alexander Skarsgård certainly doesn’t portray the kind of prince little girls in pink dresses dream of marrying.

The fighting stops only for the odd burst of ancient mysticism; even a sporting interlude displays more violence than a gang fight.

It’s a nihilistic and fatalistic tale that’s captured the imagination of generations of readers, theatre-goers and cinema-lovers across the world for more than a millennium – and while this latest reimagination of the legend is a bone-crunchingly difficult watch, it’s a powerful and authentic examination of the tensions between loyalty, betrayal and justice.