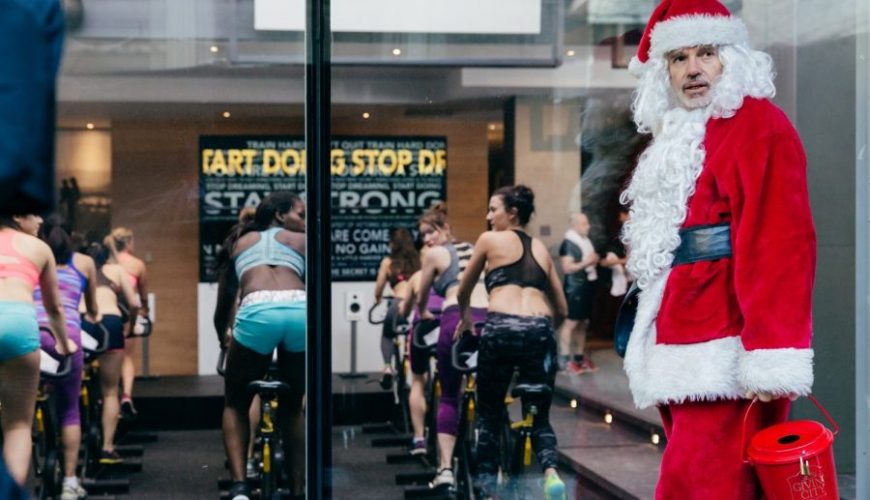 Everyone’s favourite thieving, alcoholic Father Christmas, Willie Soke (Billy Bob Thornton), has long since hung up the Santa suit and is scraping enough of a living to buy booze.

Young Thurman Merman (Brett Kelly), who’s been hanging around like a bad smell since the age of eight, has just turned twenty one – and he’s still there, turning up at the most inopportune moments, demanding attention, but reminding Willie that below his cantankerous exterior lurks a kind and warm heart.

Willie is somewhat taken aback when his former partner in crime, Marcus Skidmore (Tony Cox), reappears to try to persuade him to join him for one last job; Marcus has been contacted by WIllie’s estranged mother Sunny (Kathy Bates), with a lead on a job to steal millions of dollars from a Christmas charity.

Against his better judgement, the scrawny and unkempt Willie dons the Santa suit again, as he revisits his relationship with his mother and finds himself unexpectedly exploring his own romantic side.

Fans of Billy Bob Thornton’s first outing as Bad Santa will welcome his belated return to the role that turned stomachs and tugged at heart-strings in equal measure, a full twelve years ago.

This sequel is a fitting follow-up that will delight those who savoured its predecessor and disgust those who just didn’t get it.

The natural audience for a pair of hate-filled, misogynistic thieves using Santa and elf costumes to steal millions from society’s most vulnerable, while objectifying a succession of women, might be rather limited, but that audience will be more than satisfied.

The addition of an equally foul-mouthed and misanthropic matriarch and having the women being the hunters rather than the prey won’t assuage the concerns of more sensitive viewers who should just steer well clear.

This is not a film about plot, but character – a range of grotesque characters with language as filthy as the humour – with politically incorrect gags targeting women and the disadvantaged – physical, mental and financial – as well as more general gross-out, even puerile humour, but from another angle, it could be argued that some of the jokes are self-reflexive or satirical side-swipes at political correctness, almost more fitting for a post-Trump era.

And as they did first time around, the team is peculiarly skilled in being able to elicit both disgust and, when you least expect it, heartfelt tears as the loathsome protagonist reveals himself to be a surprisingly admirable father-figure, moreso than even he could ever have imagined.