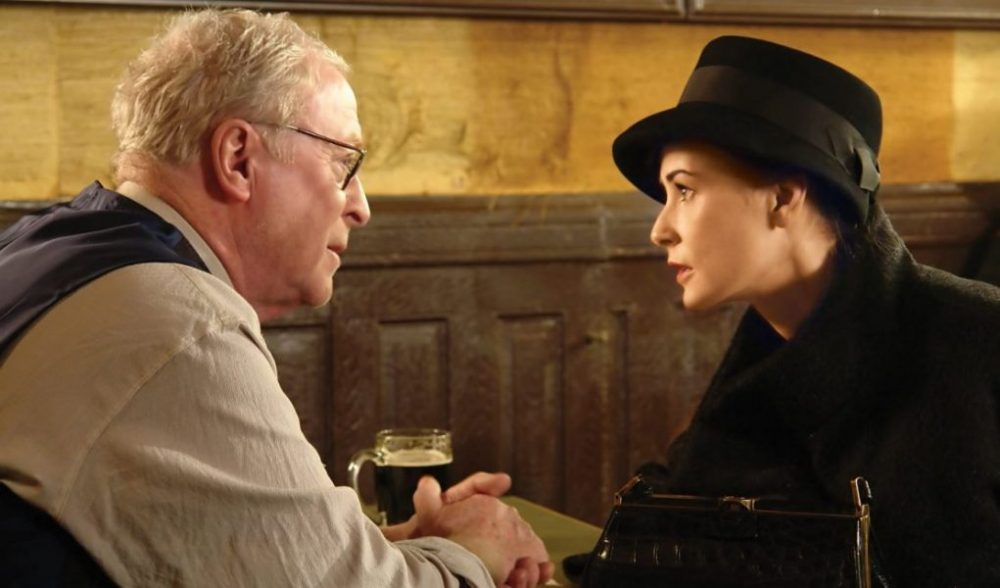 In early 1960s London, women and business didn’t mix, so despite her wealth of experience, diamond executive Laura Quinn (Demi Moore) keeps getting passed over for promotion at the London Diamond Company.

The all-knowing cleaner at her firm, Mr Hobbs (Michael Caine), is fully aware of her dissatisfaction, from reading the screwed up notes he finds in her dustbin at the end of each day.

He too is bitter and wants revenge on the company.

He has a plan, but he needs Laura’s help.

Understandably, she’s not quite sure how to take an offer from the cleaner to help her destroy one of the most powerful diamond companies in the world, but it’s an offer she ultimately can’t refuse, as this unlikely pairing set out to right the wrongs in their lives by carrying out the diamond heist of the century.

The film was quaint, in a 1960s kind of way. It’s very good on period – from the costumes through to the performances – it’s like TV’s Madmen in its authenticity.

But while Caine – in particular – was enjoyable to watch, overall, the film is not a rewarding experience.

Caine’s character, in itself, is unconvincing, clearly being overqualified to be a janitor, and has a bit of a god complex, trying to right every wrong in the world, betraying his delusions of grandeur.

If there’s meant to be chemistry between Caine and Moore, there certainly isn’t any – not least because of an almost total lack of charm on the part of Moore.

And while the heist scenes are fun, like the best magic tricks, they leave you itching to know how it was done, but when you find out, it’s a let down.

And the framing of the story as an interview, by Moore’s character, several years in the future, is an unnecessary obstacle to the story telling, not least because her old-age make-up was distractingly poor.

Not enough happens – and what does happen isn’t really convincing.

The film is harmless enough, but fails to grab you.

Unlike the diamonds scattered liberally throughout the movie, this film is far from flawless.