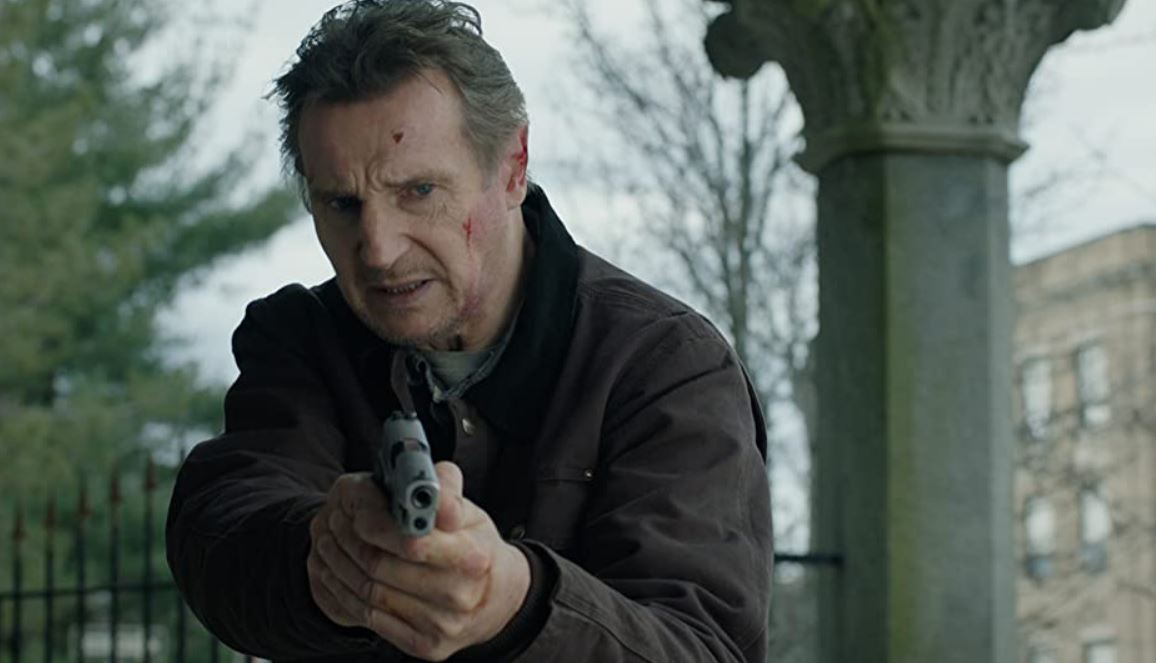 Former US marine Tom (Liam Neeson) is an infamous bank robber, known as the “In-and-out Bandit” by officials who know nothing more about him than that he’s good at getting in and out of banks undetected.

When he arrives in a new city, he hires a storage unit to hide his ill-gotten gains and falls for the manager of the self-store centre, Annie (Kate Walsh).

Having met a woman worth shaking up his life for, he decides to turn over a new leaf, give up crime and start afresh with Annie.

Tom calls the FBI to turn himself in – and tries to cut a deal to reduce his sentence.

But when the junior agents sent to arrest him (Jai Courtney and Anthony Ramos) find his cash, they have other ideas.

If you’ve seen any Liam Neeson film since Taken, you’ll know the drill – gruff everyman will do whatever it takes to get his daughter back/restore justice/clear his name/catch the killer – or similar – and whatever it takes almost invariably involves pointing a gun at people.

The poster for Honest Thief could almost be interchangeable with any of the above.

This time around, our gruff everyman is a former marine (so he’ll be able to handle himself) and a former bomb-squad officers (so he’ll good at blowing things up) – although being a bank robber doesn’t do much to get the audience on side – although being a love-struck criminal who’s decided to go straight might. There are good (troubled) FBI agents, crooked (scowling) ones and conflicted ones – cue scene of concerned agent in bed, looking at photo of his kids.

There’s a strong, independent woman who won’t take much persuading when our cuddly career criminal comes clean, as gentle piano music rises behind a night-time confessional conversation in an otherwise deserted children’s playground.

Whether it’s unbelievable or simplistic characters, expositional dialogue, corny music or obvious camera angles, almost every step of the way, this film feels familiar. There’s nothing fresh or surprising and there’ll be plenty of eye-rolling.

But – and it’s a big but – it’s perfectly enjoyable. Honest Thief isn’t trying to be original or particularly clever – I hope. It’s a shameless B-movie that ticks all the boxes and makes for an easy watch.

The Covid restrictions mean you’ll miss out on the collective groaning of a knowing cinema audience, but if you don’t have high expectations, its simplicity and lack of ambition will give Liam Neeson fans a sense of cosy familiarity – something which could be quite welcome in these uncertain times.