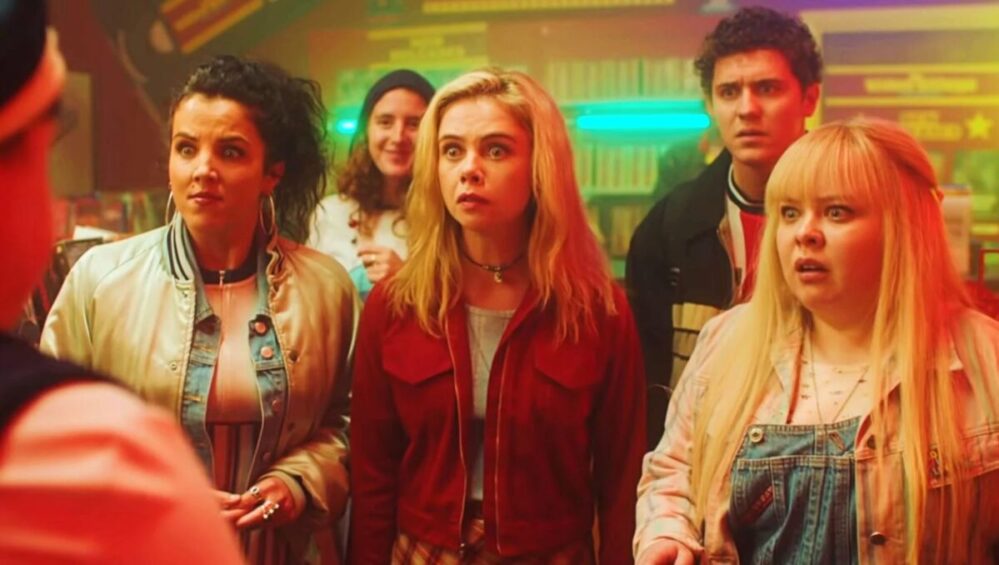 When we first meet the Derry Girls, as Northern Ireland’s Troubles are raging into the early 1990s, they’re a group of four Catholic teenagers, attending a strict Catholic school in Derry City – or Londonderry, as the other side call it.

Most of the action centres on the eccentric extended family of Erin (Saoirse-Monica Jackson), but a key moment in the first episode comes when Michelle (Jamie-Lee O’Donnell) announces that her cousin James (Dylan Llewellyn) is coming to stay with her from England – becoming the only boy in the girl school.

Over three series, the Derry Girls (including James) get up to mischief as only teenagers can as their parents relive their youth vicariously through their children.

When Derry Girls first burst onto our screens in 2018, it was like a breath of fresh air – a group of shameless, loud-mouth, wise-cracking, fast-talking Catholic teenaged girls from Derry, finding their feet against the backdrop of Northern Ireland’s Troubles. They were brash but charming, loud but sweet. And most importantly, funny.

Shoe-horning a boy into the mix provided plenty of opportunities to extend the humour – “the wee English fella” is the foil for much of their anarchy – if it didn’t make much narrative sense. But while comedies don’t always need to make narrative sense, having their often surreal adventures with sectarian tensions rumbling under the surface always grounded the show.

The first series felt original, the second perhaps a bit complacent and by the third, the set of characters were fully in their stride and creator Lisa McGee felt confident enough to bolster the central cast with a handful of surprising cameos.

During the course of 19 episodes – the final third series ends with an extended bonus-episode – the gang face competition from a rival group of friends at school, they have run-ins with their head-teacher Sister Michael (Siobhán McSweeney), experience sexual awakening (particularly in the case of Nicola Couglan’s Clare) and fall in and out with their own families – with Erin’s at the forefront, Tommy Tiernan and Tara Lynne O’Neill excel as her parents, grandad Ian McElhinney is unrecognisable from his role in The Split, and Kathy Kiera Clarke is a delight as the kooky auntie.

There are plenty more places that McGee could have taken her show, but with the girls – and boy – coming to the end of school, the peace on the horizon and – perhaps most significantly – the stars themselves becoming big enough that there were finding work elsewhere, it’s come to a close after just 3 seasons.

A somewhat incongruous moment at the end of the penultimate episode takes one of the main characters out of action for much of the finale – so that she could be in Bridgerton – as the others moan, in typical Derry Girls fashion, that their eighteenth birthday party is being overshadowed by the referendum on the Good Friday Agreement; a moment of history adding context to the chaos, before the show closes with an unexpected throwback to the end of Series 2.