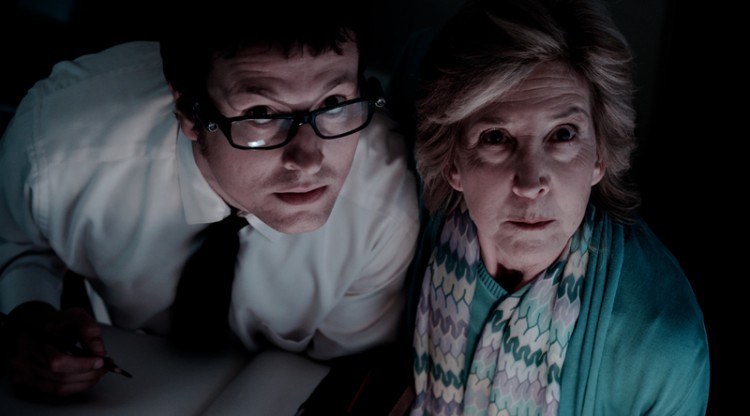 Josh and Renai Lambert (Patrick Wilson and Rose Byrne) have recently moved to a comfortable suburban home with their son Dalton (Ty Simpkins).

When Dalton falls into a coma, his parents are understandably concerned. There’s nothing they can do to wake him and no doctors can work out what’s wrong.

When the grandmother (Barbara Hershey) suspects that the house could be haunted, against Josh’s better judgement, she calls in a mysterious elderly psychic woman Elise (Lin Shaye) to see if she can come up with any answers.

Elise concludes that it’s not the house that’s haunted, but Dalton – his spirit has drifted off into a realm she calls “The Further” and the spirits of the dead are fighting to take over his body, to give themselves a second chance at life.

Can Elise persuade the Lamberts to take her warnings seriously and agree to send Josh’s soul into The Further to bring Dalton’s back – before it’s too late and he’s lost forever?

The writer and director team behind the first Saw film have teamed up with the man behind Paranormal Activity for what should have been, with that line-up, an original and chilling horror. But it falls short of both benchmarks by a long shot.

The simplicity of the earlier films (waking up in a room and having no idea how you got there – or just filming things going bump in the night) is replaced by a complicated story featuring realms and paranormal theories that won’t be familiar to most viewers.

The mood is uneven, with the film setting itself up as a dark horror before muddying the water by sending a couple of nerdy geeks in with Elise, who play it for laughs.

The biggest crime – for a horror film – is that while it is initially creepy, once the plot starts to unfold, it’s not truly frightening – or at least what’s on the screen isn’t that frightening. Ugly old women in black veils drifting through the shadows? Demons with red faces? Really?

You will jump from time to time, but normally just because the volume is turned up when doors slam or because the cellist keeps accidentally dropped his bow on the strings from a great height.

The music lacks originality for the genre and it’s not really enough just to use chilling strings and call it an homage to Bernard Hermann’s Psycho.

Insidious is – and looks – low budget, with the only locations being the Lamberts’ house and the dream world, which is largely so dark you can’t see anything that’s going on anyway.