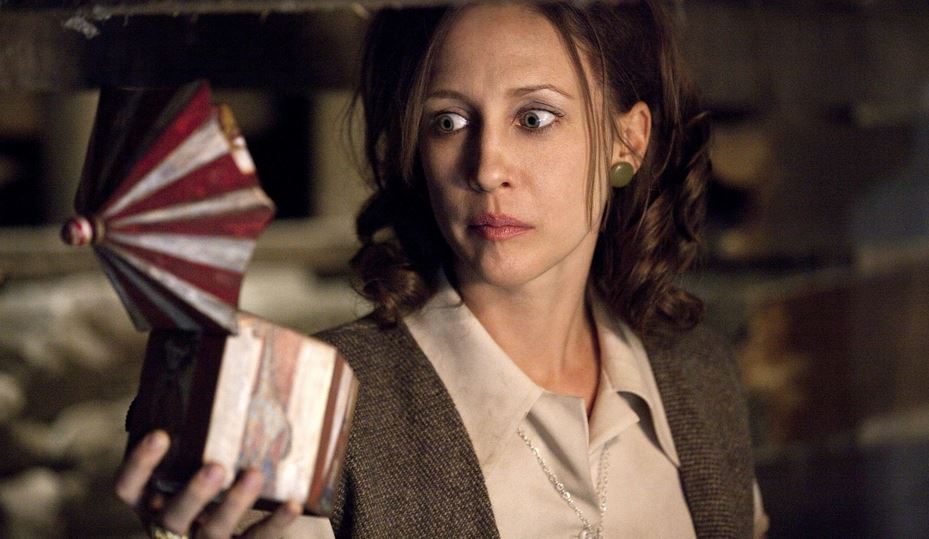 From the moment the Perron family arrive at their new home – a large, eery wooden house in the woods – it’s clear that there’s something evil in the air.

The dog is dead within hours. Mysterious bruises appear all over mother Carolyn’s (Lili Taylor) body. One of her five daughters feels something tugging on her legs, pulling her out of bed; another keeps sleepwalking into her eldest sister’s room, where she’s found, banging her head against the wardrobe; another has made an imaginary friend, who appears only as a reflection in a creepy music box.

As the haunting becomes increasingly violent, the father of the family, Roger (Ron Livingston), becomes so exasperated by the unexplained phenomena that he calls in the leading paranormal investigators Ed and Lorraine Warren (Patrick Wilson and Vera Farmiga) to see if they can find out who or what is plaguing the Perrons, set the family free and banish their tormentors to hell.

Ed and Lorraine Warren remain among the most famous paranormal investigators, with cases including the Amityville Horror. They even testified in America’s first case of a murder suspect, pleading not guilty, by reason of demonic possession. He was convicted.

But this case, according to these film-makers, was so horrific, that it’s been kept secret until now. But, they claim, as with their other cases, this is a true story.

It’s difficult to criticise narrative devices and plot points of a film purporting to be based on real events, and some could even argue that because it’s so similar to so many other tales, told by so many other people, it makes it more likely that such events could be true.

But it is the familiarity of this story that very quickly begins to grate. A spooky wooden house in the woods, a dingy basement, unseen forces tugging on characters’ legs as they sleep, sleepwalking children, a creepy doll, a mysterious music box, ghosts of women hanging from trees in the garden and so on – there’s almost not a single frame that hasn’t been seen in another horror film.

Even the characters are taking straight out of the horror-handbook – a loving couple, five innocent daughters, a pair of investigators so brave that although their lives have previously been pulled apart by similar terrors, are willing to put themselves on the line once again for the good of mankind.

Livingston’s father, as the anchor of the film, is a little dull – everything revolves around him although he’s largely untouched by the plot. But the actors all live up to what’s expected of them as this formulaic tale unwinds.

Despite the predictable narrative flow, taking a group of naifs to the brink of destruction by evil demons, with religion providing the only salvation, it is an effective piece of horror film-making. It’s creepy and riddled with shocks that come from clever direction and scripting, rather than the sudden noises employed by too many in the genre.