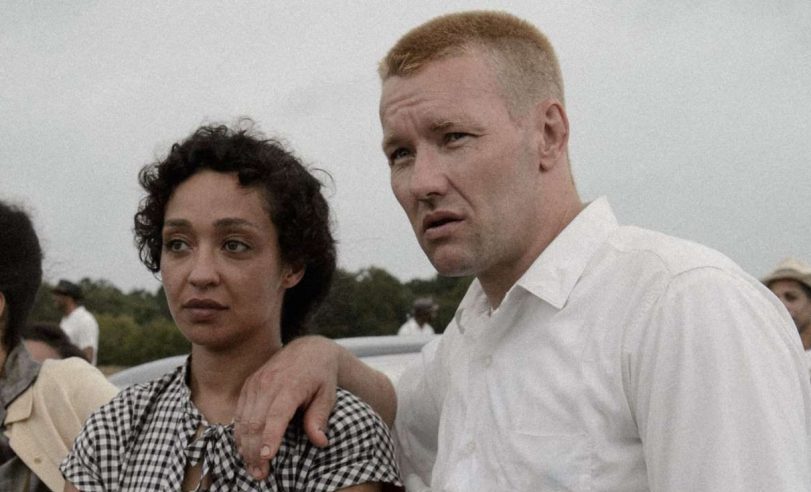 In the late 1950s, the US state of Virginia wasn’t alone in banning interracial marriage.

The pair headed to Washington DC where they could legally get married, but were shocked to find, when they returned home, that not only was their marriage not recognised, but just living with someone of different race was a crime, punishable by prison.

The couple ended up, in effect, exiled from their home.

As their story reached civil rights campaigners, their case soon found its way into the courts system, where some of the most influential lawyers in the country took the fight for interracial marriage in general – not just theirs – all the way to the Supreme Court.

Along with the recent story of Martin Luther King told in Selma, this is one of those films about America’s race relations problem of the mid Twentieth Century that makes you want to shout at the screen, because the injustice seems so staggering.

It also has the added dimension that the civil rights abuses, ingrained in American culture for centuries, had white victims as well as black ones.

It just seems astonishing that as recently as less than sixty years ago, armed police would have burst into a couple’s home in the middle of the night, to arrest them for being in love with each other.

This is not the first film to tackle this period of American history and neither will it be the last. But it is unusual in that the suitably named Loving story is not told through grand-standing speeches or court-cases as much as it is through the understated love of the couple at its heart.

Nearly unrecognisable with his albino-blond crew-cut and almost constant gurning, Joel Edgerton delivers a performance whose power derives from how much he underplays the role. He says almost nothing, to his wife, their families, their lawyers or the authorities. It’s Ruth Negga’s Oscar-nominated turn that is the beating heart of this film.

It’s all the more notable, in this racist and chauvinist period of the Twentieth Century that it was the wife – and the black partner in the marriage – who was the more eloquent, knowledgeable and self-confident.

The film charts a real-life legal battle that lasted a decade, which saw two young civil rights lawyers taking the case to America’s highest court – perhaps to seek justice for their clients and people like them – or perhaps just to make a name for themselves. The protagonists of this film could almost have become a footnote in their own story, had it not been for director Jeff Nichols’ decision to keep the camera largely on them, when so much of the story was unfolding in courtrooms elsewhere.

It’s also interesting to consider, firstly, how far civil rights have come in the US in a relatively short time, but secondly how with eight years of an Obama presidency only two weeks behind us, the country remains fiercely divided down racial lines – with the Obama-era Black Lives Matter campaign still very much alive, while controversy surrounds historic allegations of racism levelled at Donald Trump’s Attorney General, Jeff Sessions.

Similarly, while the idea of a ban on inter-racial marriage still seems almost inconceivable now, many American states are still grappling – in a slightly more 21st Century way – with another example of marriage equality, such as same-sex unions.

With a story that stretches for more than a decade and one of the main protagonists being somewhat sparing with his words, there are times when this can feel a little slow or even repetitive.

But while much of the interesting discussion thrown up by this film is about the rights issues – both historic and current – that doesn’t detract from the power of the drama – and the power of love – on display here. It would have been so much easier for Richard and Mildred Loving to give up or go into hiding, but with quiet determination, they stood their ground. Until death did them part.