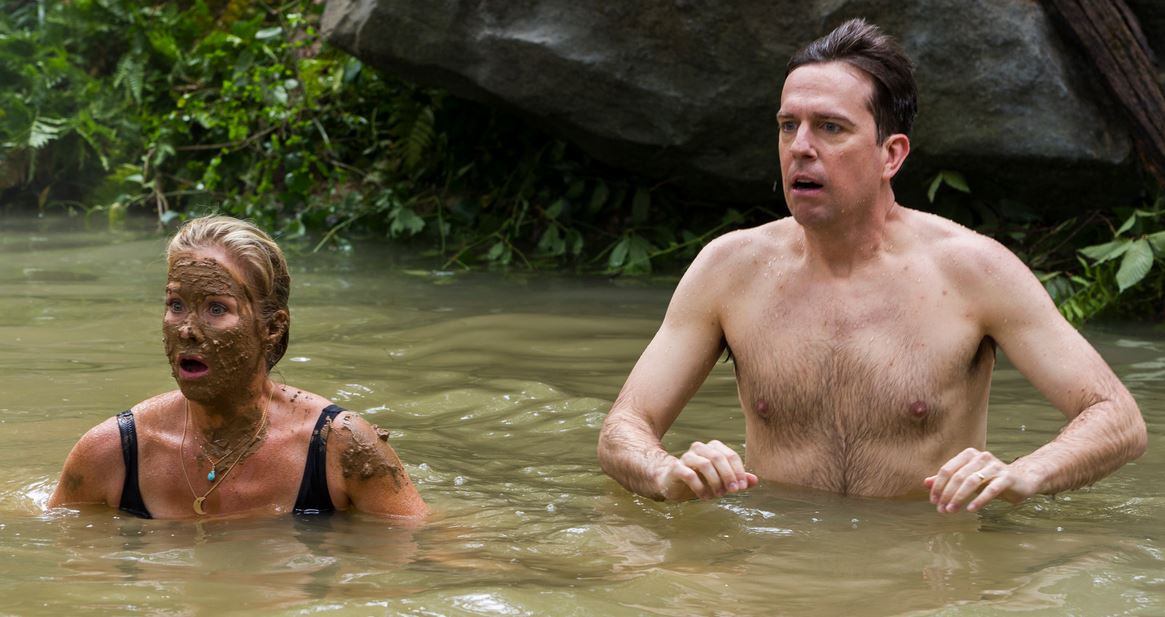 Rusty Griswold (Ed Helms) is an airline pilot. He works for a low budget airline, so that he can stay close to his family, but they don’t seem to appreciate the sacrifices he makes for them.

When he overhears them moaning about yet another summer holiday in the cabin he loves so much, he decides to treat them to a special break, like one he had with his family when he was a kid.

Thirty years on, Rusty wants to recreate the cross-country drive from Chicago to the Walley World theme park in Los Angeles.

In a rented family car – the best the Albanian motor industry has to offer, and all that was available at short notice from the local car-hire firm – Rusty, his wife Debbie (Christina Applegate) and their two kids (the square Skyler Gisondo and his bullying younger brother Steele Stebbins) set off on a trip that goes almost immediately from bad to worse; the more Rusty tries to hold the holiday and the family together, the more everything starts to fall apart.

On one level, this plays as a typical gross-out family comedy in its own right, recalling Chevy Chase’s National Lampoons Vacation films from the 1980s. On another, it turns out that Rusty is in fact the grown-up version of Anthony Michael Hall’s boy from the 1983 film and Chase himself makes a cameo appearance – as does the original Griswold family station-wagon.

While there are some delightfully astute comic observations – many of them before the vacation of the title even begins – once the Griswolds set off, it becomes just a string of lazy gags; a surprise stop-off at Debbie’s old university throws up some unexpected stories from her youth; there’s an unfortunate diversion on a visit to some hot springs; a somewhat surreal overnight stop with Rusty’s sister Audrey (Leslie Mann) and her well-endowed, flirty Texan TV weatherman husband Stone (Chris Hemsworth); an encounter with a creepy lorry driver – almost every episode feels clumsy and tired. A handful of cameos from familiar faces fail to lift the quality.

The best moments revolve around the family interactions, with an interesting relationship between the two boys and Ed Helms coming across as a sympathetic father just trying inject a bit of life and laughter into a busy and stressed family, if his attempts are most often well wide of the mark. Chris Hemsworth’s uncle also provides some of the more entertaining moments, even if the gags aren’t in any way fresh.

There are more laughs than the film deserves, but they’re linked by such a hopelessly simple, shallow and uninspiring chain of unlikely events that rather than feeling like an uplifting parable about family overcoming everything, the audience goes on a disappointingly pedestrian journey that’s largely as frustrating as the characters’ own trip.