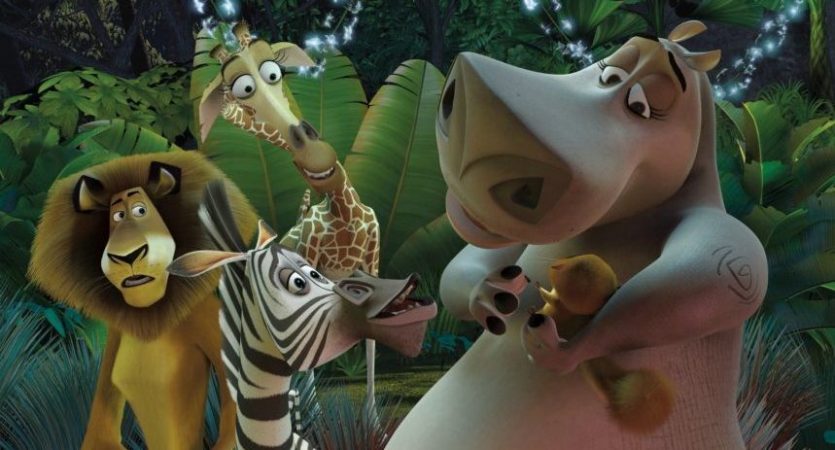 Alex the lion (Ben Stiller) basks in the glory he gets as the top attraction at New York’s zoo. But Marty the Zebra (Chris Rock) is tired of all the attention.

When he catches a group of penguins trying to dig their way to “the wild,” overcome with excitement, he sets about getting there – even though he doesn’t have the first idea where “the wild” is.

When he disappears, Alex sets out to find him and bring him home. Taking the giraffe (David Schwimmer) and hippopotamus (Jada Pinkett Smith) as back-up, they end up on an adventure in Africa.

This animated adventure divides neatly in two: the first half, in the zoo, and the second half in “the wild.”

The most interesting plot point – how, in the wild, the lion wants to eat his best friend, the zebra – will go over the head of most young viewers.

But there’s enough colour, music and funny voices to entertain a U audience.