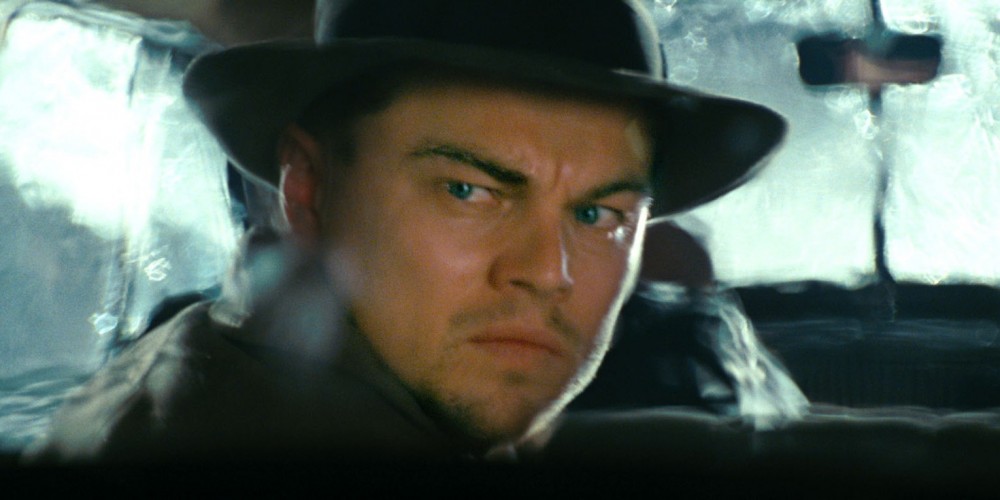 US Marshals Teddy (DiCaprio) and Chuck (Ruffalo) are sent to the Alcatraz-style Shutter Island, to lead the search for a criminally insane patient who’s mysteriously disappeared.

Rachel killed her three children – a crime so horrific that she coped mentally by fabricating a new life for herself, they are told. She believes she’s still living in her comfortable family home and the doctors and guards who come to check on her are postmen and the like.

But somehow she’s managed to get out of her locked cell and with no shoes and heavy seas, there’s no way she could have made it off the craggy island. It’s a conundrum worthy of Jonathan Creek.

While most of the guards don’t welcome the presence of the Marshalls, the island’s chief psychiatrist, Dr Cawley (Kingsley), is initially helpful in the investigation, but Teddy soon suspects that all is not what it seems.

Increasingly, he feels that the authorities on the island are going out of their way to make his job harder, as if to keep him on the island longer.

After a run of epic films, such as The Departed, The Aviator and Gangs of New York, Scorsese is back in the more intimate territory of movies such as Cape Fear or After Hours, with fewer characters, more simple locations and – on the surface – a more linear plot.

But as Shutter Island unfolds, it becomes clear that the plot isn’t as linear as it first seems. In fact, so many curve balls are thrown at the viewer, just when clues seem to point in a particular direction, that you soon realise that there’s no point trying to work out what’s really going on, as you can see that whatever you conclude, the rug will be pulled from under you at the last moment.

A film set in a psychiatric hospital accords itself the freedom to play with our minds, but that shouldn’t excuse unfounded trickery.

Decoding the film in retrospect, once you’ve seen the denouement, you realise that there were a couple of clues, as early as the first scene, which might have tipped you off – but accepting them at the time – rather than putting them down to cinematic licence – a would have spoiled everything Scorsese was trying to achieve. It would be like watching 6th Sense, knowing the twist from the start. Consequently, anyone who puts their concerns aside in order to enjoy the film they’re being presented with is likely to feel cheated, rather than clever at having spotted the anomalies in the first place.

Because so much of what we see is going on in the minds of the characters – haunted, both literally and figuratively, by memories from their past – it detracts from the usual kind of comments a reviewer might make about the quality of the performances, the empathy of the characters or the artistic decisions that are being made, because in truth, what you’re being presented with doesn’t have to follow the usual rules of story-telling and any inconsistencies in character can be excused by saying “well, that’s not really what was happening anyway.”

One minute, Dr Cawley seems helpful, the next creepy, then helpful again, then creepy again and other characters sway similarly – ordinarily, this would betray an incoherent plot or unconvincing performances, but by its nature, Shutter Island gives Scorsese and his team a “get out of jail free card” – if things don’t quite make sense or knit together, that’s kind of the point – which doesn’t make for a satisfying film-going experience.

Taking his film at face value, as a master of suspense, the director does his best to unsettle the audience and there are plenty of jumps and surprises, and the cinematography conjures up an ominous world that’s as nightmarish for the viewers as it is for the protagonists. But the score is overbearing and obvious – ramming home shocks, just in case the direction is too subtle; it is not.

The failings are largely in the source material, rather than the film-making – perhaps it’s just a tale that is more effective on paper – where more is left to the reader’s imagination – than on the big screen, where viewers rely on the director leading the way.

But the film’s biggest crime does lie with the essence of the book – that in reality, the child killer at the heart of the story would not have been sent to the most secure jail in the country for only those criminals who are of most danger to society. But had the trial judge opted for a more realistic sentence, we would have had neither a book nor a film.