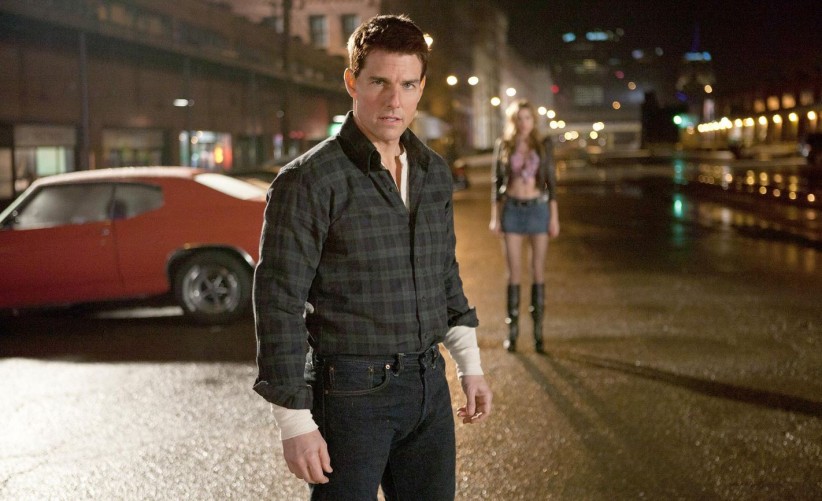 Barr’s defence lawyer, Helen Rodin (Rosamund Pike) – the DA’s daughter – knows her client has no chance, so she sees her job as no more than keeping him off death row.

Enter Jack Reacher (Tom Cruise), a former military cop who’s long since gone into hiding, emerging only to use classified information he has about Barr to make sure he doesn’t get away with it. But the longer he looks into the case, the more he believes Barr is innocent after all.

But the more he uncovers about a high-level conspiracy, the more the lives of Barr and his defence team are put at risk.

As with the recent Hobbit film and the upcoming Les Misérables, Jack Reacher is one of those releases where people unfairly start talking not about the film but how expectations are met. The biggest criticism seems to be from fans of the Lee Child books, in which his hero is 6 foot 5. “How can a 5 foot 6 actor play a 6 foot 5 character?” they moan.

But this is not a film about a hero who reaches for things off top shelves while bumping his head on door frames. This is a film about a trained sniper, skilled in hand-to-hand combat and blessed with acute investigative skills. It doesn’t matter how tall he is. When you see his military training in action, you don’t need a man mountain to make the point. You don’t mess with Jack Reacher.

As a film in its own right – which is how it would be nice to be able to review films – it’s highly entertaining, but decidedly average. It’s hard to feel too deeply for the eponymous hero, as he has necessarily detached himself from society, ridding himself of all ties and emotions.

He’s not driven by vengeance or even justice, particularly, although he does work on the basis that people should get what they deserve, so there’s at least a sense of morality lurking deep in his mysterious character.

But the action sequences are taut and well structured, it has its tongue firmly planted in its cheek and it doesn’t feel the need to make Cruise and his leading lady head for the bedroom, as so many of its contemporaries seem wont to do.

Much in the narrative seems unexplained or insufficiently thought through – not least the true motives of the chief villain, the interestingly cast director Werner Herzog.