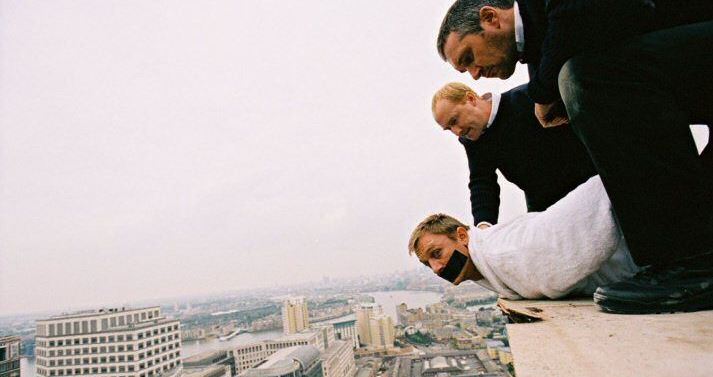 A nameless clean-living drugs middleman (Daniel Craig) is persuaded to do one last job.

He soon finds himself caught up between two drugs kingpins (Kenneth Cranham and Michael Gambon) who want to run each other out of town.

And when a jumped-up low-level gangster steals a consignment of pills, the bodies inevitably start piling up.

Crooked cops and foreign hitmen add to the mix in this messy crime thriller.

As a producer, in Lock Stock and Snatch Matthew Vaughn gave us two groundbreaking British gangster films. Behind the camera, he’s directed a pale imitation.

He knows a good image when he sees one, but he’s not so good at telling a story.

It’s certainly stylish, from the sets to the fight choreography to the camera movements, but the story is too complex.

The script is corny, inconsequential and pedestrian, and the performances are either clichéd or incongruous.