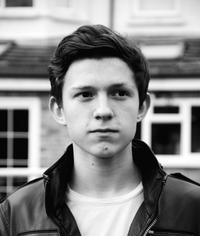 A little-known nineteen year old British actor, Tom Holland, is to take over the role of Peter Parker and Spider-Man on the big screen.

The previous five Spider-Man films, starring Tobey Maguire and another British star, Andrew Garfield, in the title role, were made by Sony, which has struck a deal with Marvel Studios, that will see the character enter what comic enthusiasts call the Marvel Cinematic Universe for the first time.

Holland is expected to appear in the role for the first time in next year’s Captain America: Civil War, with his own film to follow in 2017. “We saw many terrific young actors,” said Tom Rothman, the chairman of Sony Pictures Motion Pictures Group, “But Tom’s screen tests were special.”

Holland was first seen by most cinema-goers starring alongside Ewan McGregor and Naomi Watts in The Impossible. More recently, TV viewers will have seen him play George Cromwell in Wolf Hall and will next co-star with another Marvel actor, Thor’s Chris Hemsworth, in Ron Howard’s In the Heart of the Sea.

He won Empire’s Award for Best Male Newcomer for The Impossible, after which he was also selected as one of BAFTA’s Breakthrough Brits in 2013.