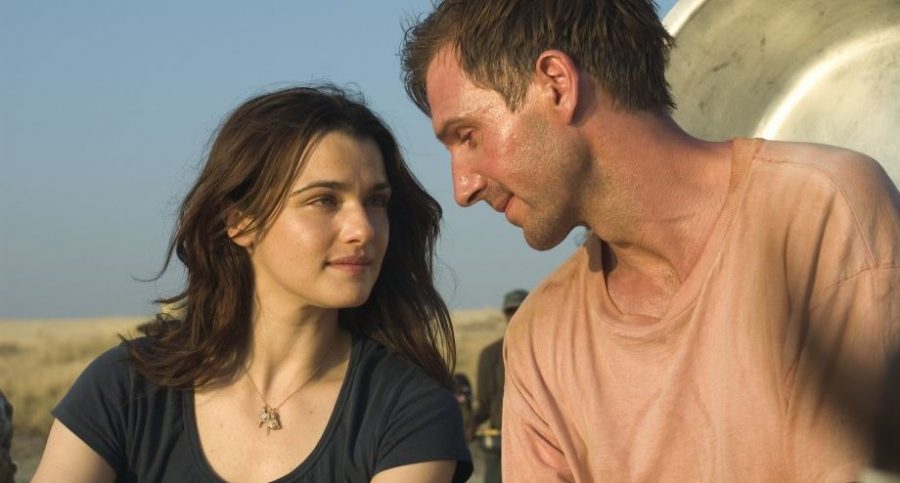 Career diplomat Justin (Ralph Fiennes) falls for a mouthy anti-capitalist campaigner Tessa (Rachel Weisz), when she heckles him during a speech.

They’re soon married, and she follows him on a placement to Kenya.

There, Justin soon becomes aware that Tessa is spending an unhealthy amount of time with her new friend Arnold (Koundé), doing…well, he’s not sure what…but he doesn’t like it anyway.

And he’s right to be worried…whatever she’s doing gets her killed.

As Justin starts digging, to find out who murdered his wife and why, he uncovers a massive conspiracy that will stop at nothing to make money at the expense of poor Africans, who can’t fight their own fight.

This screen adaptation of John Le Carré’s novel is undoubtedly impressive – the acting, the tension, the emotions, the photography, with its stifled hues, taking the viewer directly to the African slums at the heart of the unfolding drama.

There’s romance, intrigue, deceit, betrayal, murder, corruption – the film has it all.

The performances are universally impressive – Fiennes’ journey from naïve diplomat to determined campaigner and Nighy’s corrupt and calculating High Commissioner – although Danny Huston seems an odd choice to play a British ex-pat, and his American accent surfaces from time to time.

While the film is visually arresting and tugs at the right emotions, taking a step back, it does come across as a bit self-important – even a bit disingenuous; it sets up major drug companies to be evil corporations whose sole raison d’être is to kill poor people in order to make money, while overlooking the fact that some medical treatments can actually make people better.

The world just isn’t this black and white.