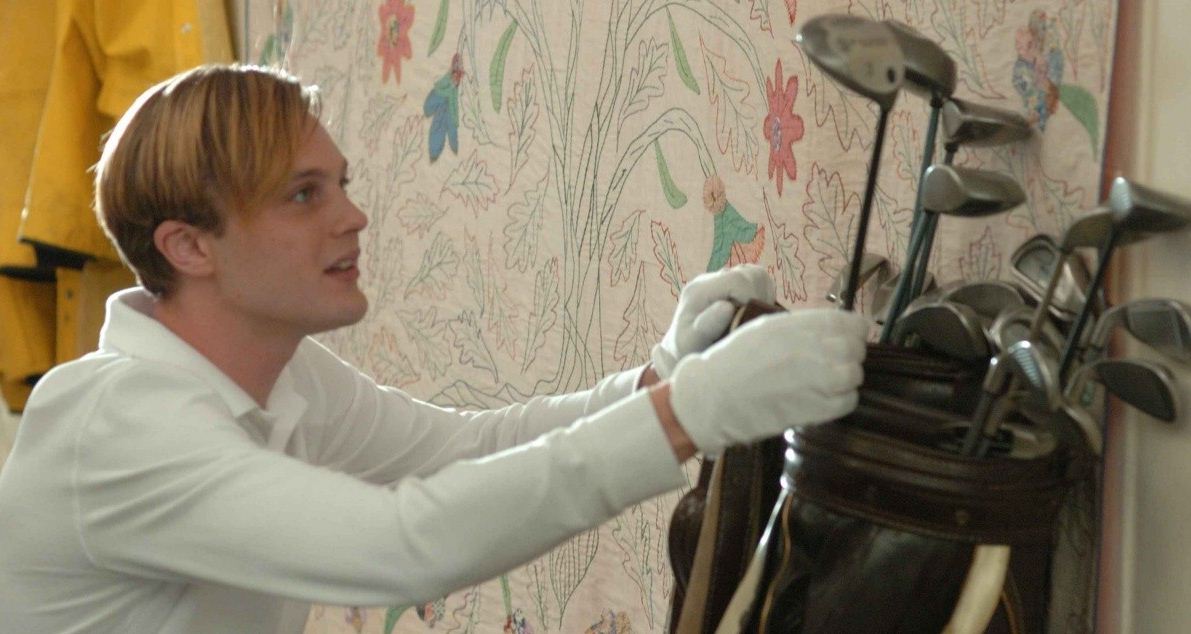 Wealthy couple Ann (Naomi Watts) and George (Tim Roth) take their son Georgie (Devon Gearhart) to their idyllic, lakeside country home for a holiday.
They arrive to find a couple of clean-cut teenage boys staying with the neighbours.
While they’re unpacking, one of the boys from next door, Peter (Brady Corbet), knocks on the door and asks Ann to borrow some eggs.
There’s something ever so slightly creepy about him, but she can’t quite work out what. Just when things start to get a little tense, the other teenager, Paul (Michael Pitt) turns up to smooth the water.
But this is the calm before the storm – before long, Peter and Paul are holding Ann, George and Georgie hostage in their own home.
From out of nowhere, and with the boys remaining calm as anything, and without raising their voices – or even their heartbeats – the couple and their son find themselves bound and gagged as their captors do unspeakable things to them and their dog, playing dangerous games with unthinkable consequences.

We’ve seen plenty of American remakes of foreign films. We’ve even seen a shot-for-shot remake of an older film, in Gus Van Sant’s Psycho.
But a shot-for-shot American remake of a foreign film – by the same director – is perhaps a little surreal by anyone’s standards, as Michael Haneke reproduces his ten year old German-language nihilistic chiller for the American and wider international market.
Part of the power of the original was that on the art-house circuit, you almost felt a bit dirty, seeking it out in the special cinemas, actively hunting out one of the most deliberately oppressive films the industry has ever produced. But by adding two of the biggest stars in the business and putting it in the multiplexes, it takes away some of that naughtiness you might feel in choosing to see it in the first place. Although on another level, bringing it to the mainstream could also serve to spread the extreme pain and raw, uncompromising violence to a wider audience. But is this what Haneke was trying to do?
To enjoy this film on any level, you have to be a bit of a sadist. But if the film has any message, it’s a criticism of sadism on screen and those who enjoy it. So in a sense, it’s aimed at the people it’s criticising – not so much preaching to the converted, more appealing to the never-going-to-be-converted-and-proud-of-it. And by remaking a little-known foreign language film for a mainstream audience, he’s helping to propagate the love of commercial violence he’s trying to criticise.
Watching this film – whether you enjoy violence or not – is truly as painful as being beaten in the shins by a golf club. The bleak sets and colourless costumes help to drain emotion from the screen, adding to the emptiness.
For a more sensitive audience, seeing stars of the calibre of (the producer) Naomi Watts and Tim Roth in such compromising, degrading positions brings home just how utterly helpless even the most resourceful of people can be, even in the expected security of their own home.
However you look at it, Haneke is trying to unsettle his audience and provoke extreme reactions – and in that you’ll either love it or hate it, he’ll almost certainly succeed in that endeavour.