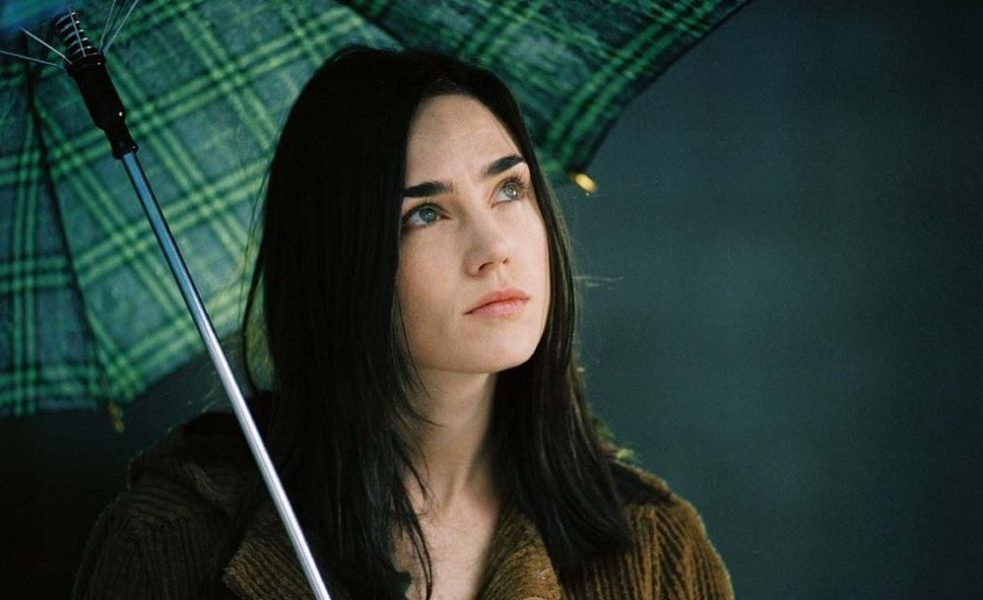 When Dahlia (Jennifer Connelly) and Kyle (Dougray Scott) separate, she gets custody of their daughter Ceci (Ariel Gade) and moves to the only place she can afford to live in New York City –Roosevelt Island – accessible to Manhattan only by a rickety cable-car.

The most smarmy of letting agents, Mr Murray (John C Reilly) finds her a tiny, dingy, run-down flat in a distant corner of the most sombre of council estates. A spooky doorman (Pete Postlethwaite) and a mysterious child’s rucksack don’t come close to putting her off.

Even the constant dripping of dark water from a growing damp patch on Ceci’s bedroom ceiling doesn’t affect her determination to make her new life work.

When Murray fails to fix the leak, Dahlia gets her one and only lucky break – a kindly lawyer (Tim Roth) agrees to help her get the leak fixed.

She sets out to discover the secrets lurking in the darkness – with devastating consequences.

This is the latest in a long line of Japanese horror films to receive the Hollywood treatment and it’s one of the most faithful adaptations yet made. Hideo Nakata’s original was almost as menacing and creepy as his earlier classic, Ring. Strangely though, for a film as chilling as the original, this just doesn’t scare as much as it should.

The mood is ominous, the tension is palpable and the drama is strong – not least because of another powerful performance from Jennifer Connelly…an actress as talented as she is beautiful. As the “woman in peril,” she’s as effective and empathetic as you’d expect from a highly deserving Oscar-winner.

Her performance is neatly balanced by a strong supporting cast – a creepy Pete Postlethwaite and surprisingly effective comic turns from John C Reilly and Tim Roth.

Usually, such comic performances reduce tension – and hence the sense of dread – but here, unexpectedly, they work.

But somehow, the film lacks the killer punch. It’s considerably better than Nakata’s own Hollywood version of Ring 2 (which he filled with many elements of Dark Water, as if to cock a snook at the producers who opted for someone else to Americanise this one), but Walter Salles – best known for Central Station and Motorcycle Diaries – seems an odd choice. He presents a bold, dark vision, but somehow, he fails to ratchet up the terror.

There are a few too many illogical horror moments and decisions and a number of set-ups that don’t pay off, which leads to one anti-climax after another.

Sadly, it just wasn’t as creepy as the Japanese original. But if that was an intentional decision, to help it reach a wider Hollywood audience, an ending this bleak would surely counteract that.

The film could – like the Ring – easily have ended on a more satisfying note, without selling out to the commercialism Salles clearly fears.

His denouement leaves an unnecessarily sour taste in the mouth, making you feel like you’ve wasted your time rooting for these characters. The film would have benefited considerably from a less convenient, more haunting, more ambiguous and more believable ending.