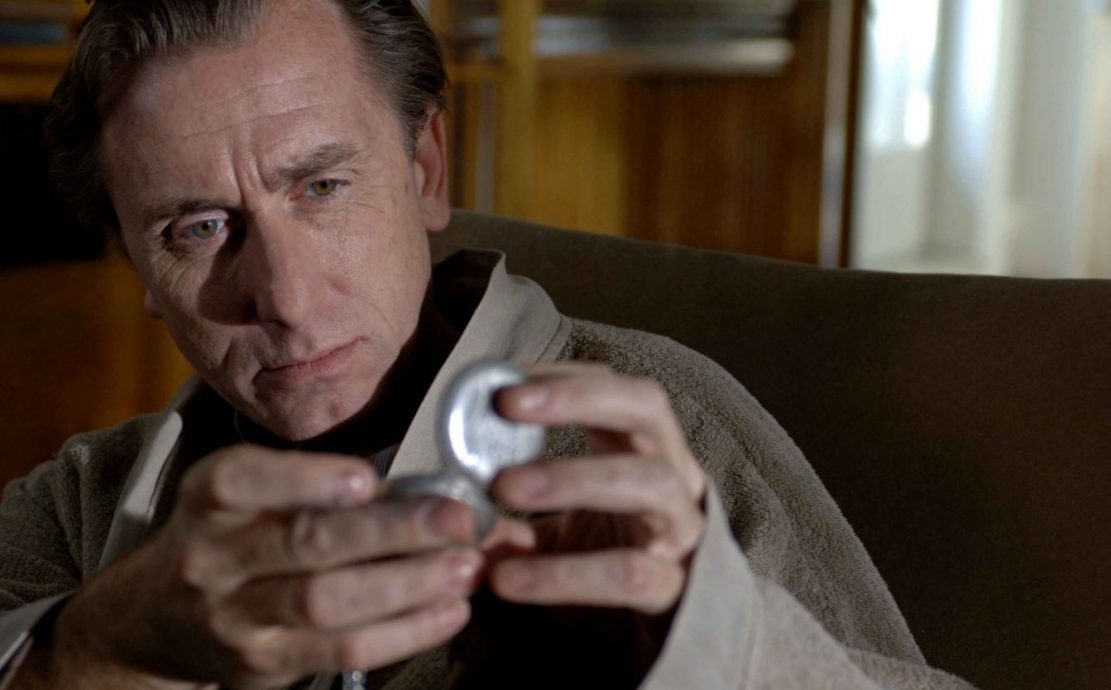 Eastern Europe. The 1930s. Dominic (Tim Roth) is an elderly linguistics professor, whose one last aim is to complete his theory on the development of language before he dies.

On a bitterly cold night, he leaves his friends and steps out into the snow, where he’s struck by lightening.

Burnt to a crisp, he’s found the following morning and rushed to hospital, where his doctor (Bruno Ganz) does his best to treat him.

When the bandages are removed, he’s stunned to find that the ageing process has been reversed – he’s younger and fitter than ever before, revitalising his attempts to achieve his life’s ambition.

When he meets a woman (Alexandra Maria Lara) who appears to be a reincarnation of the love of his first youth, and she turns out to speak in tongues, the scene is set for a romantic fantasy that will, in truth, leave you lost for words.

When a director of the standing of Francis Ford Coppola delivers his first project for ten years, the film industry stops in anticipation, tongue hanging out like an excited dog.

You hope to be taken back to your own youth, when he was churning out Godfathers, Apocalypse Nows, Rumble Fishes and the like. But Coppola has other plans for us, although quite what those plans are, who on earth knows?

He tackles some interesting ideas – youth, ageing, lost love, the birth of language, even crazy evil Nazi scientists – but if you imagine how mixed up a film containing all those elements might be, you won’t be far from the mark.

It’s a mess. It’s like he’s been saving up all these film ideas for the past ten years and in his eagerness to get them out of his system, he’s just shoved them all in the same film.

He clearly felt passionately about this project – almost certainly too passionately – to the point where it’s more than a little self-indulgent and so confusing, your head will be spinning by the end of it, but not in a good way.

The actors don’t seem at all comfortable with what they’re doing – they’re quite possibly every bit as confused as you will be.

As a piece of ethereal, nonsensical, incoherent, mysteriously fantastical, pretentious philosophising from a once-great auteur, this is reminiscent of Darren Aronofsky’s The Fountain, although Coppola has had far further to fall.

I’m sure this kind of review will come as neither a surprise nor a disappointment to Coppola himself – he can’t possibly believe that he’s given us a coherent, elegant piece of story-telling. If he does, he’s seriously mistaken, but most likely, he thinks he’s given us a thought-provoking piece of art – in that sense, he’s succeeded – it’s interesting enough to look at and it’ll certainly provoke you to think: “what on earth is this nonsense I’m wasting my time watching?”

If you’ve been looking forward to seeing what this visionary director would next put on the big screen, this will almost certainly be a tremendous disappointment.

Quite possibly, cineastes as self-indulgent and pretentious as Coppola will try to tell you its a provocative masterpiece, but just because you don’t understand what a film-maker is getting at, it doesn’t mean you’re not intelligent enough or he’s too clever for you – it might just mean that he got lost and I guess everyone can be excused that, once in a while.