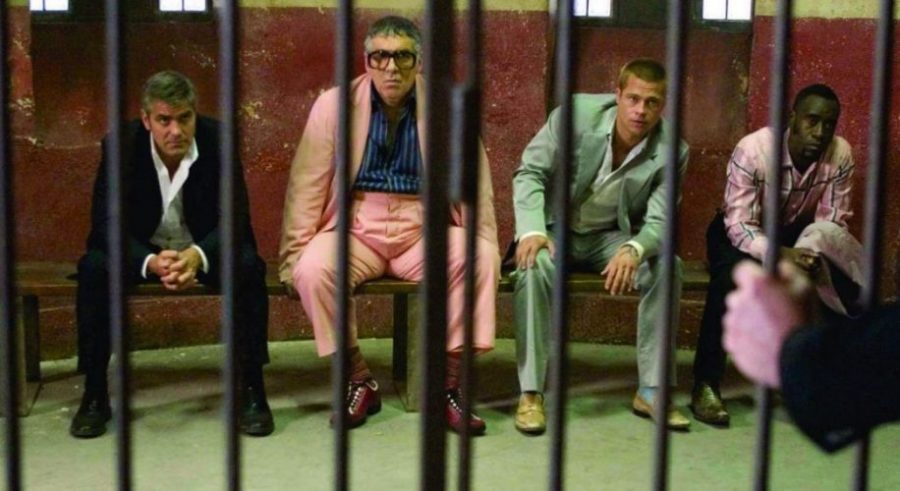 Smooth, big time crook Danny (George Clooney) has to come out of retirement when the casino boss he robbed turns up with an ultimatum: return his money or die.

He reforms the gang and sets off to Europe to carry out enough heists to raise the money to pay off his debt.

But with detective Isabel (Catherine Zeta Jones) one step behind them and a rival thief one step ahead, Ocean’s Twelve need all the charm and cunning they can muster.

Full of in-jokes and film references, it’s clearly a group of friends, having fun, but it works: it’s fun for us too.

But sometimes the plot gets a little incoherent and it gets a bit too clever for its own good, like Don Cheadle’s sub-Dick-Van-Dyke cockney proclaiming of someone else that “the accent’s crucial.”

It’s not as fresh as Soderbergh’s first exploration of the characters, but it’s an easy, untaxing way to spend two hours at the end of a stressful day.