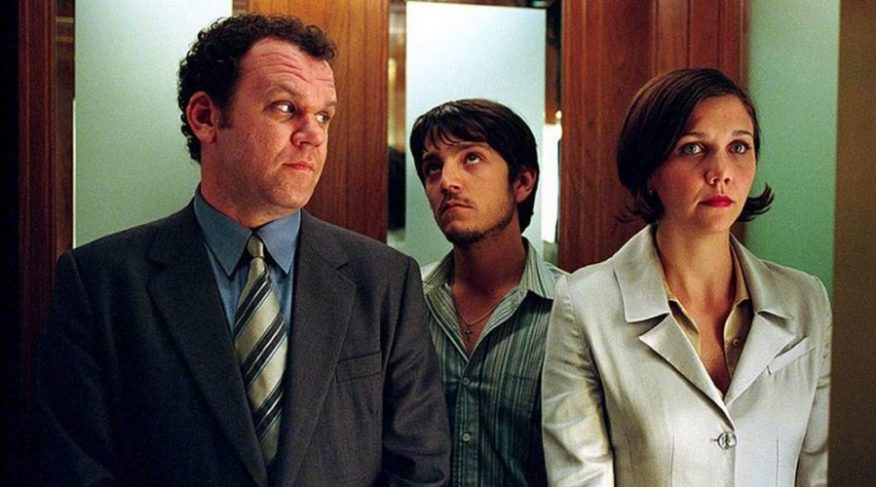 Small-time conman Richard (John C Reilly) will stop at nothing to make money.

Spotting Rodrigo (Diego Luna) scamming waitresses in a casino, he recruits him as a partner.

Richard has small-scale plans for the day: tricking old ladies into handing over cash and stealing money from cafes. But a call from his sister (Maggie Gyllenhaal) ups the stakes.

She works in a posh hotel, where one of Richard’s former associates needs his help to sell the most valuable bank note ever printed to a guest, who’s leaving town the following day.

This fast-paced caper doesn’t really cover any new ground, with two no-hopers getting out of their depths when they start playing with the grown-ups.

But it’s slick, enjoyable and charmingly played by the leads, who have no trouble carrying us with them on the roller-coaster ride of naive optimism and dashed hopes.

Alas, it tries to be too clever. An unnecessary final twist in the last scene treats the audience with disdain, pulling the rug from underneath you. Rather than impress you, it makes you feel cheated.

To get the most from this film, leave a minute early.