The Academy of Motion Picture Arts and Sciences has announced three changes to try to make future Oscar ceremonies more relevant – and popular. 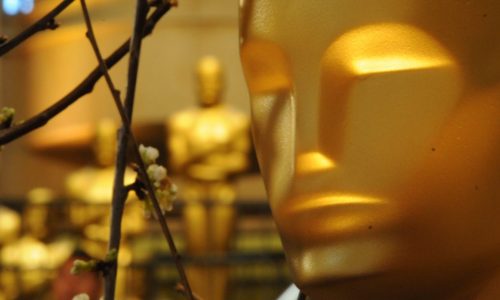 It’s adding a new category to honour what it calls “popular film,” the televised ceremony will be limited to three hours and the date will be moved to the beginning of February.

Each change has been made to address one of the reasons that have been cited for falling viewing figures in recent years, with this March’s ceremony being watched by a record low audience of 26.5 million.

The main reasons often suggested for a lack of interest from TV viewers are the lengthy running time of the ceremony – reaching nearly four hours this year, a growing gulf between the films that are honoured and those topping the box office and people simply losing interest in an Awards Season that drags on for too long.

The President and CEO of the Academy outlined the changes in a letter to its members. The Board of Governors said it had heard from members “about improvements needed to keep the Oscars and our Academy relevant in a changing world,” and it had taken those comments seriously.

The biggest of the changes is the introduction of a new category which it says will recognise “outstanding achievement in popular film,” but it has not yet given any further details. Not since the field for Best Picture was extended from 5 to up to 10 in 2009, after critical acclaim for The Dark Knight prompted fears that a highly regarded film might be overlooked, has the Academy moved to accommodate what might be considered mainstream films in addition to the more traditional arthouse fare. The most recent new category, though, was for animated feature in 2001 – but while this has given a higher profile to what was previously viewed as a children’s genre, a number of the nominated films have also found themselves in the running for Best Picture too.

As an illustration of what’s seen by some as a growing gulf between the films that are recognised by the Academy and those that the American public prefer to watch, last year’s Best Picture The Shape of Water only just scraped into the top 50 earners of the year, while the most successful film at the US box office, Star Wars: The Last Jedi secured Oscar nominations only in four technical categories. Similarly, in 2016, the Best Picture winner Moonlight was only the 92nd highest earner at the US box office, while Rogue One: A Star Wars Story was nominated in two technical categories.

As the major studios seek to encourage the masses into cinemas, the highest earning films have invariably been comic book franchise adaptations and children’s animations – but while the new category might open up the possibility of such films as Marvel’s Black Panther receiving recognition they might otherwise not be given, the latter already have a category that has honoured such films as Coco, The Boss Baby, Zootopia and Moana, raising the question of whether there is room – or the need – for separate categories for both animated features and “popular” films.

In order to shorten the ceremony, while adding a category, under the new scheme, some of the technical awards will be handed out during commercial breaks and an edited version will be screened as a segment later in the show.

The upcoming awards cycle will stick to the previously arranged schedule, but from 2020, the ceremony will move from the end of February to the start of the month, to shorten the overall Awards Season, which kicks off in earnest with the Golden Globe nominations.

The Academy has again shown itself to be keen to respond to its environment – having responded to the #MeToo and #OscarsSoWhite campaigns by seeking to create a more diverse membership and now trying to make the Oscars ceremony itself appeal to a more mainstream audience.

But industry figures have been quick to criticise the Academy’s announcement, arguing variously that such a helping hand is unnecessary, patronising or self-defeating, in much the same way that some regard BAFTA’s designated British categories.

Alison Willmore, a critic at Buzzfeed News, indicated that having a category for “popular films” might suggest that all other films are unpopular. “This is desperation,” wrote Kristopher Tapley, the awards editor of the trade publication Variety, who went on to suggest that this establishes a corner to which voters can banish such films as Black Panther “with a pat on the head.” Similarly, his colleague a Variety, Owen Gleiberman said, “The last thing that the Academy should now be doing is creating a reactionary new category that is, in effect, the Popular Ghetto.” The Boston Globe’s film critic Ty Burr wondered whether making hundreds of millions of dollars at the global box office shouldn’t be enough for mainstream films and agreed that that rather than helping them receive Oscar recognition, this could actually enforce ghettoisation. And the editor of The Playlist, Gregory Ellwood, noted that over the past decade, there’ve already been a significant number of films nominated for Best Picture that have earned more than a hundred million dollars at the box office – including Gravity, Dunkirk, Toy Story 3, Argo and Slumdog Millionaire – many of which went on to win.

Stars have also joined the back-lash, with the actor Rob Lowe tweeting: “The film business passed away today … It is survived by sequels and tent-poles.”

Willmore suggested that the increasingly diverse Academy membership might in itself have shaken up ideas of what an Oscar film is and it might have been worth waiting to see what impact this might have had before introducing what could be seen as a populist category.