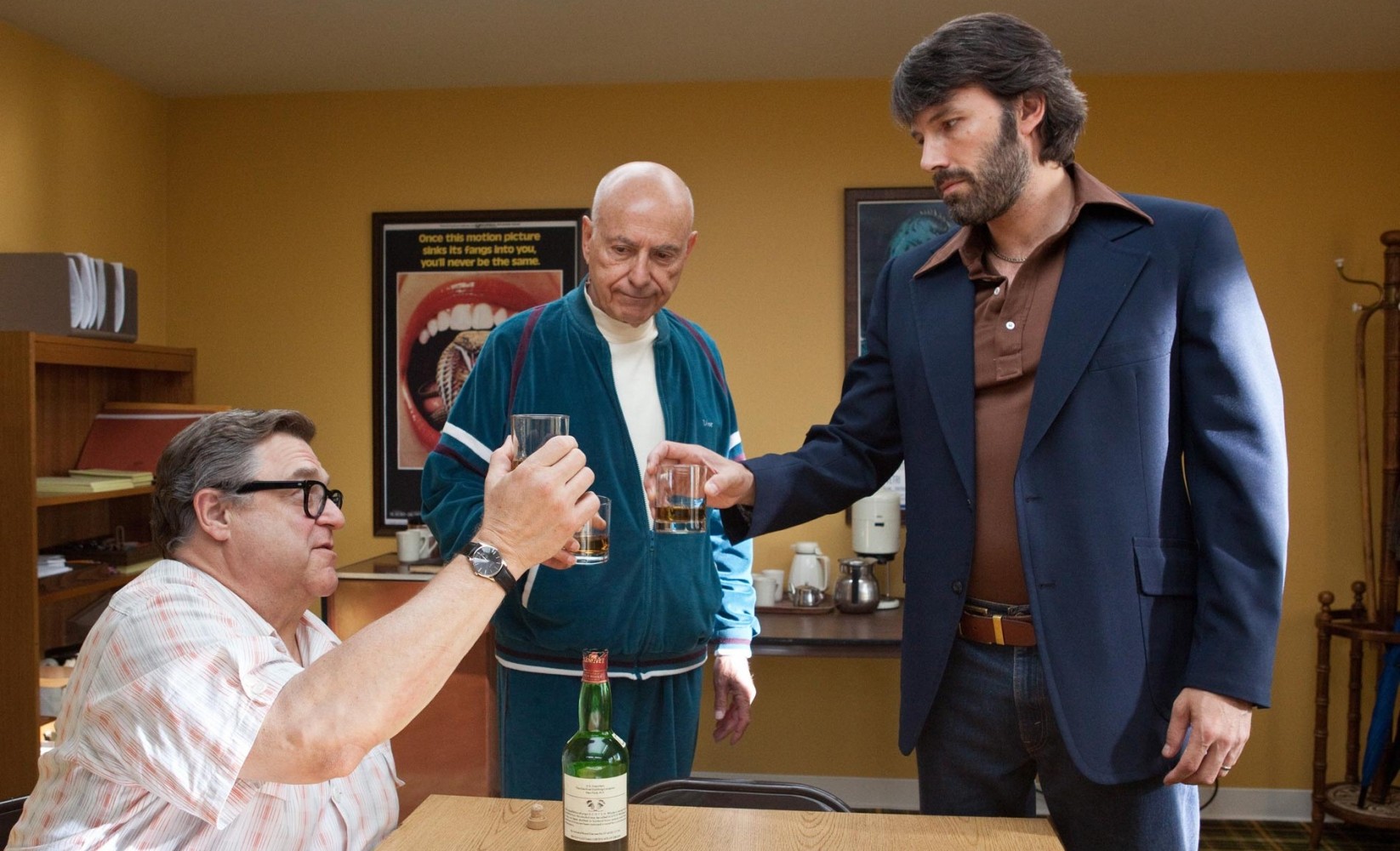 It’s 1980 and hundreds of angry Iranian demonstrators manage to break through the defences of the US embassy in Tehran. They take all the staff hostage. Or so they think.

Six embassy officials managed to escape, just before the ambush, and make it to the safety of the Canadian embassy.

CIA exfiltration expert Tony Mendez (director Ben Affleck) is called in to come up with a plan to smuggle the group out of the country before the Iranians notice they’re missing.

Getting film producer Lester Siegel (Alan Arkin) and special effects artist John Chambers (John Goodman) on board, they come up with a cover story; the six are part of a Canadian film crew in Tehran, scouting locations for a sci-fi blockbuster called Argo.

All Tony has to do is get to the Canadian embassy in Tehran, coach the group in their new identities and get through through the airport without the raising the suspicion of the authorities.

All the time, at the US embassy, the Iranians are piecing back together shredded paperwork that could alert them to the fact that the six are on the loose.

After the modest, but no less impressive for it, Gone Baby Gone, and the more ambitious, and equally successful, The Town, Ben Affleck has gone for a full-scale blockbuster for his third outing as a director and he’s pulled it off with all the aplomb of his character in the film.

Bursting with confidence as he flip-flops between the teeth-clenching fear of the hiding embassy staff in Tehran and the farcical shenanigans in Washington and Hollywood, Affleck delivers a thriller that is as exciting as it is funny, without compromising either element of the film.

The story sounds so unbelievable – getting Americans out of Tehran during a hostage crisis by pretending that they’re Canadian film-makers on a recce – that, of course, it’s true – or at least based on a real story. That said, it is true that the closer it gets to the denouement and the more exciting it gets, the more it strays from the real events, by straying into the territory of the action formula.

While it’s easy to bemoan the artistic licence a film-maker takes with real-life events, when the result is such a nail-biting experience, Affleck can be both forgiven for providing excellent entertainment and congratulated for demonstrating such a confident command of his genre.

Affleck the actor is fine, although his role is largely a catalyst for the events and we don’t really get to know or care about him as much we do about the six Americans at the heart of the international incident, and given that their one goal is to escape, while there’s plenty of adrenalin pumping through the film, there’s not that much emotion.

The most enjoyable characters to watch are, by far, Arkin’s film-maker and his sidekick, in the form of Goodman. Bryan Cranston’s CIA official effectively highlights the frustrations of imposed on common sense by the bureaucratic machine.

Affleck, along with producer George Clooney, have taken an unbelievable and exciting true event, and given it the best Hollywood has got to turn it into a thoroughly entertaining blend of comedy, action and tension – and from the 1980s Warner Brothers logo at the start, to the digitally generated grainy look and the photos of the real-life characters over the closing credits, it’ll hold your attention – and deserves it.