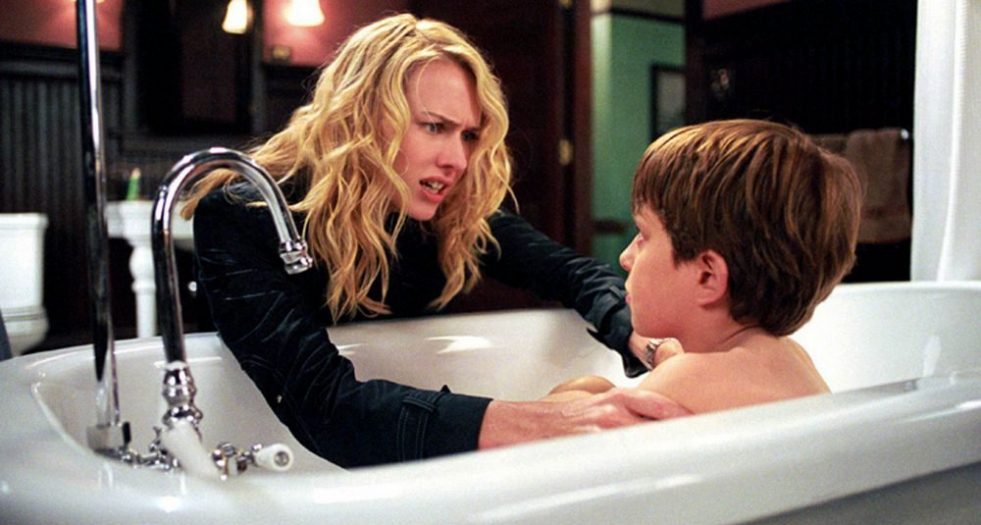 Journalist Rachel (Naomi Watts) takes her son Aidan (David Dorfman) to live in rural Oregon State, to put the curse of a lethal video tape literally and figuratively behind them.

But before long, it’s clear that the ghost of a murdered girl has followed them from the big city.

But this time, the ghost isn’t trying to kill them – she has an even more sinister agenda.

Once again, Rachel finds herself alone, in a race against time, to defeat the curse of the “ring.”

Even though Hideo Nakata – the man behind the original Japanese Ring movies – is at the helm, this film is an embarrassing mess.

From the moment Rachel announces that their new life is “working out great,” almost every scene contains at least one horror cliché.

It’s the script, rather than the direction, which is most to blame – the pace and mood do capture the necessary tension, although much of this is down to the inevitably scary music.

Knowing Nakata’s previous work, it’s notable that he seems to have turned this Ring sequel into an English-language version of another of his Japanese horror flicks, Dark Water — as if to steal the thunder from the Hollywood remake, due for release later this year.

But taking so many elements from that film further confuses an already nonsensical plot, replacing the originality of the first film’s cursed video tape with standard possession movie fare.

It’s a disappointing waste of his talent and that of Naomi Watts, although any excuse to spent nearly two hours with her shouldn’t be passed up lightly.